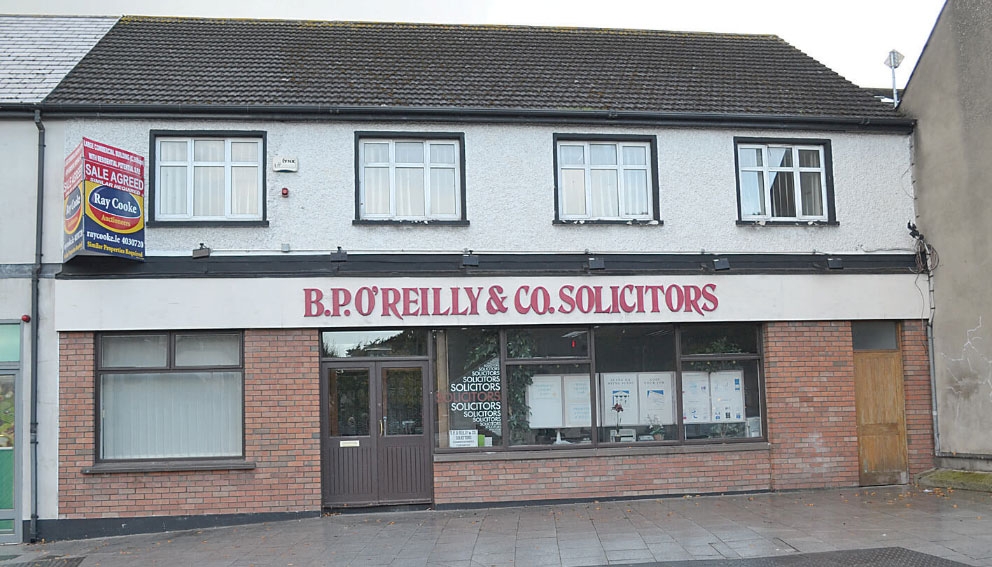 A LANDMARK Commercial premises in the heart of Tallaght village has been sold to Ireland’s largest property advisors, Sherry FitzGerald, reports Brendan Grehan.

Coric House, the former premises of BP O’Reilly Solicitors, was put on the market in January 2017.

The Principal of BP O’Reilly solicitors, Brian O’Reilly died tragically in May 2016.

Mr O’Reilly, who was aged in his 60’s, established the firm of BP O’Reilly and Co. Solicitors in Tallaght village in 1979 and was well known to the wider public for his work as a legal expert on radio station Newstalk where he answered listeners’ legal queries.

Coric House underwent major works in 2003 when the original two storey building was substantially extended with two retail units on ground floor and 1st floor offices above to give you a very large building overall at approx. 568sqm/6106sqft.

The property itself consists of two parts – the Old Building and the New Building.

They started out in 1982 with just one residential office on Merrion Row in Dublin 2 with a second office in Terenure opening in 1989.