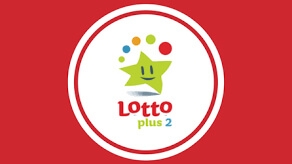 A local woman spoke of her shock when she came into the National Lottery headquarters to claim a €125,000 Lotto prize only to be told that she had won double that amount and left with a cheque for a cool €250,000.

The Dublin mum, who purchased the ticket at the Spar store in Orlagh Grove, Knocklyon, won the top prize on the Lotto Plus 2 draw last Wednesday, July 3, but as soon as she learned of her win, she discovered that there was another winner of the same prize, which was also won in Dublin.

The winner said: “When I realised I’d won, I saw online that there were two winners of Lotto Plus 2. I just assumed that we were sharing the prize and we were absolutely delighted with €125,000. But to be told that we have won a quarter of a million has just blown my mind – I think I’m even more shocked now than when I found out that I had a winning ticket!”

In the event where more than one player matches six numbers on Lotto Plus 1 and Lotto Plus 2 draws, the players each win the full top prize.

Speaking on how she found out about her luck, she said: “My husband went to the shops and scanned the ticket and it told him to contact the National Lottery. He checked the numbers in the car and drove straight home. He burst through the door and started shouting loudly. I thought something terrible had happened but he said, ‘I think we’ve won on the Lotto’.”

“The news really hasn’t sunk in yet as we were prepared to get €125,000 but now that has doubled I suppose it has to sink in again. It’s been an incredible few days so I’m looking forward to relaxing with the family this weekend and we can start to begin to plan how we are going to spend the money”, the winner said