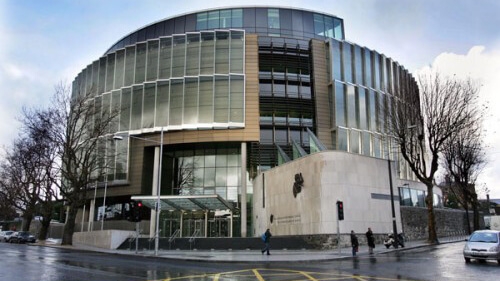 Robber told he would be shot in front of kids

A man who committed two robberies at knifepoint after being told he would be shot in front of his kids has been jailed for three years.

John Gallagher (19) of Glenshane Place, Tallaght pleaded guilty at Dublin Circuit Criminal Court to robberies in Tallaght on May 22, 2018 and October 19, 2018 respectively.

Garda Darren Swan told Aideen Collard BL, prosecuting, that on the date in October the accused entered a taxi.

When the taxi got to the destination at Greenhills, Tallaght, Gallagher produced a knife and put it to the driver’s throat.

In interview with gardai Gallagher said he was intoxicated and on drugs at the time.

He said he owed money and was told he would be shot in front of his kids unless he paid the money back.

The court heard that on May 22 last year Gallagher entered the Springfield Medicare Pharmacy in Tallaght and put a knife to the cashier’s throat.

He demanded money and left the store after receiving €130 in cash.

Gda Swan agreed with Sarah-Jane O’Callaghan BL, defending, that her client was remorseful for his actions and had a huge drug debt at the time. Gallagher has two children and has previous convictions for road traffic offences.

Ms O’Callaghan asked the court to adjourn the matter until after her client pleaded guilty to another offence which occurred at a similar time. She asked the court for a probation report, commenting that there had to be a public interest in rehabilitating a 19 year old.

Judge Martin Nolan rejected her applications and commented that taking drugs was a voluntary exercise. Ms O’Callaghan responded that being threatened with being shot was not.

“Putting a knife to somebody’s throat is a very serious offence,” said Judge Nolan. He said unless in the most extraordinary circumstance a custodial sentence must follow, though he did understand that the accused was capable of being reformed.

Judge Nolan sentenced him to three years imprisonment for each of the robberies, ordering that both sentences run concurrently with each other.