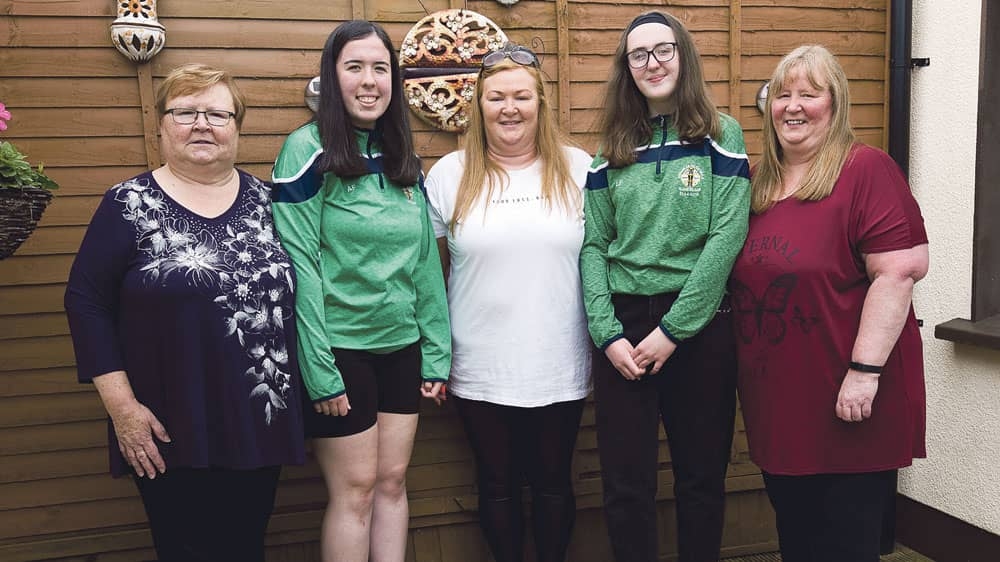 TWO sisters have each donated 11-inches of hair to a charity that creates wigs for children who have lost their hair through cancer treatment, in memory of their late mother.

The Fitzpatrick sisters, Amy (17) and Lauren (15), lost their mother Angela through ovarian cancer in 2018 and since then, they have fundraised for charity in her memory in some capacity.

This year, the Coláiste Chilliain students have cut 11-inches off their hair and sent it to Little Princess Trust while fundraising for Our Lady’s Hospice - the services which looked after their mother.

Through iDonate, the Cherrywood siblings have raised over €800 so far and will continue fundraising through the summer.

“Amy did it last year and then the two of them decided they’d do it together this year and get their hair cut, and donate it for kids who are dealing with hair loss through cancer,” the girl’s father, Mark, tells The Echo.

“So they said they’d do it in the memory of their mother.

“It’s brilliant, they’re doing it for a great cause.

“I can’t explain how good Our Lady’s Hospice were when Angela was there, they really looked after her.

Since the passing of Angela, her sisters Patricia, Annette and Maura have wrapped around Amy and Lauren to support them.

They all like to fundraise together which started back in 2018 after Angela’s death, when they raised over €1,600 for charity through a coffee morning.

Amy and Lauren have played with Round Tower GAA Club in Clondalkin since they were seven-years-old and “eat, sleep and drink the GAA” according to their dad Mark.

“It epitomises the values of the club which bestow teamwork and giving back to each player and the selflessness of the girls to give back in the way that they have is unbelievable,” Round Tower Public Relations Officer, Martin Ryan said.

“We know that Our Lady’s Hospice is very close to their heart considering the tragic loss they have had in their lives and we are just very proud of the girls efforts.”