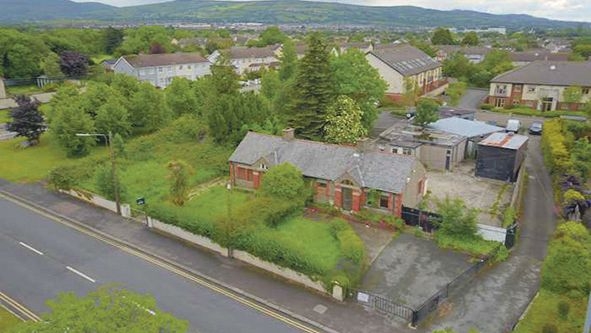 OVER 600 people have signed a petition calling on South Dublin County Council to purchase two historical cottages on the Old Bawn Road in Tallaght, in order to preserve them and develop them as a heritage centre and tearooms.

Laura O’Reilly, who is a member of People Before Profit, set up the petition after a member of the Old Neighbourhood of Tallaght Facebook group put up a post about the plot of land containing the two cottages going on the market, and the group member added that her grandfather grew up in one of the cottages.

“I thought that it would be a shame to get rid of the cottages,” Ms O’Reilly told The Echo, “and wouldn’t it be lovely to preserve them as a heritage centre and tearooms?

“The cottages are in quite a lot of disrepair, but the shell of the cottages is still there, and it’s a nice site that’s a part of original Tallaght.

“I’m originally from Tallaght myself, and it’s been hard to watch bits and pieces of the area being eroded away, so it would be really disappointing for a private developer to purchase that land, and possibly knock down the cottages to make a profit.”

As reported in The Echo last month, the plot of development land containing the two cottages went on the market with vacant possession with a guide price of €500,000, on a site area extending to approximately 0.16 hectares.

According to the listing for the land on the website of the auctioneer handling the sale, Bid X1, under the South Dublin County Development Plan 2016 – 2022 the subject lands are currently zoned RES – Residential, which means the site is to be used ‘to protect and/or improve residential amenity’.

Ms O’Reilly set up the online petition on change.org earlier this month, under the heading ‘Save the Cottages on Old Bawn Road, Tallaght’, and in less that 24 hours over 300 people had signed it – with many stating that they should be saved and that it’s “important to keep Tallaght’s history alive”.

Ms O’Reilly added: “It’s amazing to have set up the petition and to see that kind of response, it shows that people respect and care about the heritage of Tallaght.

“People want to preserve that history and celebrate it.”

A spokesperson for the council’s Heritage Department told Ms O’Reilly that the two cottages are not protected structures, and that they are “in private ownership and as such the proposed auction or future development of these cottages would not come under the responsibility of the council.”

The spokesperson added that the council’s Economic, Enterprise and Tourism Department should be contacted in relation to her request for the local authority to purchase the cottages, as the development section of that department deals with council properties and land acquisitions.

A spokesperson for the council was contacted by The Echo, but a response was not received in time for print.