An artist’s impression of the social housing

THE construction of a social housing project for older people at the corner of Brady’s Field in Old Bawn is set to commence this week.

Cleary and Doyle Construction Limited have been appointed by South Dublin County Council as the contractor for the 12-unit development.

The development received the green light from South Dublin County councillors in February 2020, when they approved the plans following the public consultation period.

A total of 29 submissions were received, 18 of those were in relation to traffic and road safety – particularly at the junction of Old Bawn Way and Old Bawn Road, where the development will be.

Fifteen submissions centred on the loss of greenspace, with the county manager saying how the development is “primarily” on the footprint of an old house and that there is “no intention” to amend the agreement with Tymon Bawn Football Club either, who currently use the field. 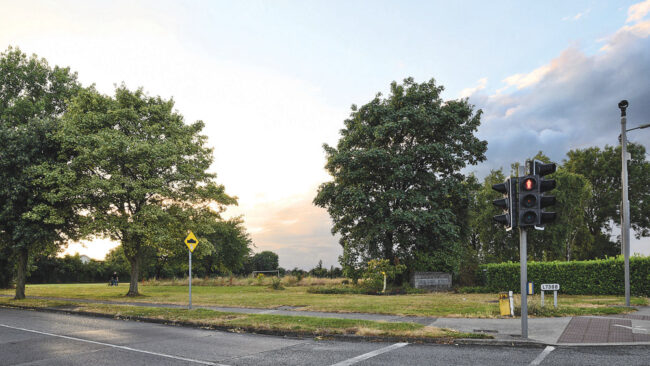 The ‘old house’ on the site was a bungalow formerly owned by Austin Muldoon, and later taken into council ownership, with the local authority housing some staff members there.

Its unusual location, removed from any of the surrounding housing estates and just off a pitch that is used by a local football club, made it a place of interest for many in the locality over the years.

The bungalow had been unoccupied in recent years and became a site of anti-social behaviour. It went on fire in July 2021 and was razed to the ground the following October.

The former site of the house and a portion of the green space around it is to be developed for the residential scheme.