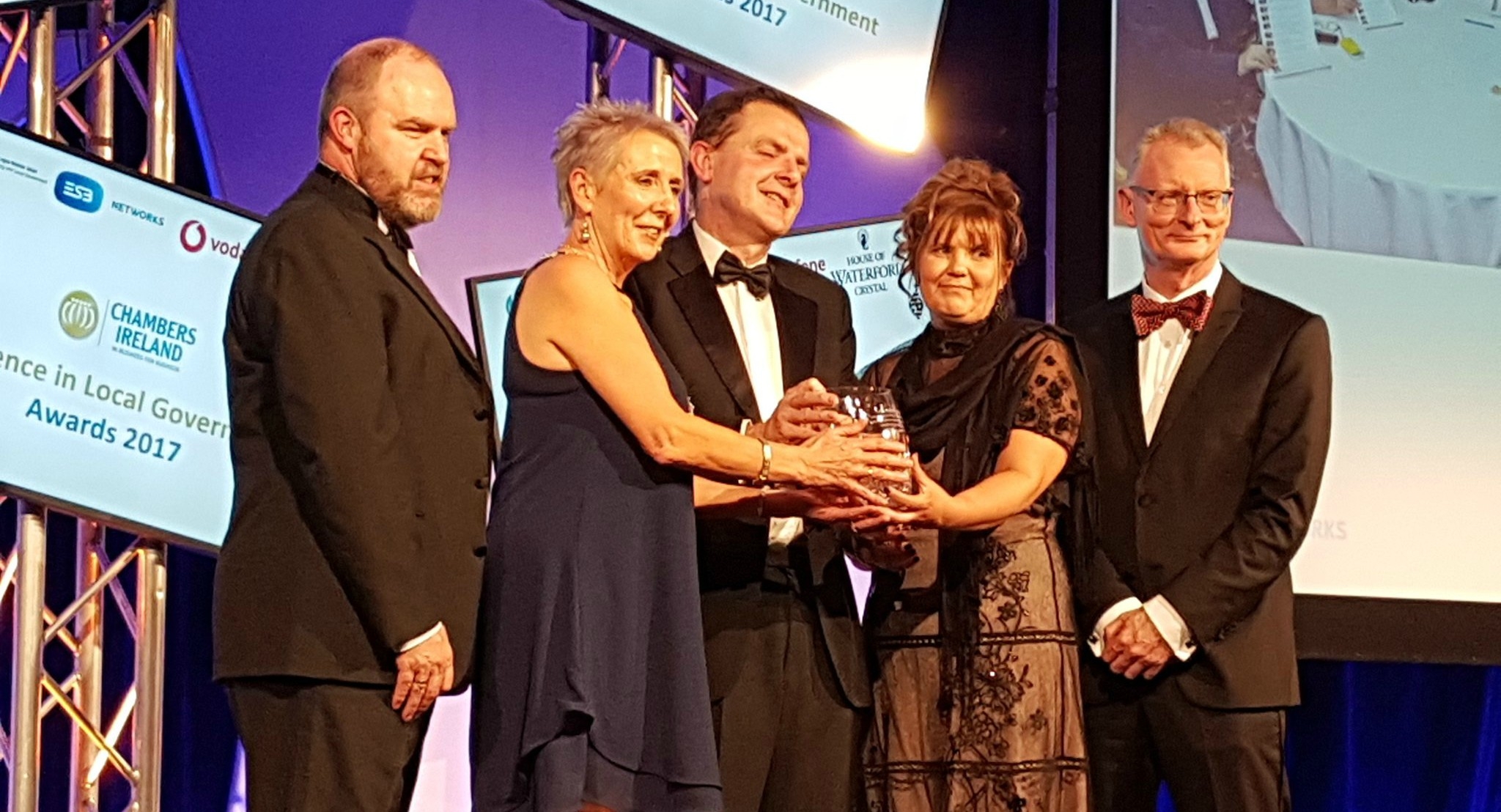 South Dublin County Council picked up the award for Best Practice in Citizen Engagement last night, beating out other local councils across Ireland.

The council scooped the award at the Excellence in Local Government Awards (ELGA), which took place last night in the Crown Plaza Hotel in Santry.

The awards are held by Chambers Ireland, in conjunction with the Department of Housing, Planning and Local Government, with last night’s awards sponsored by Vodafone.

South Dublin County Council beat out four other nominees, including Dublin City Council, and won the award for Best Practice in Citizen Engagement for the ‘€300K – Have Your Say!’ initiative.

The ‘300k – Have Your Say! Initiative’ is a local, democratic process which allows citizens in a local community to directly decide how to spend a portion of the public budget in their area.

According to the council, it gives people direct power to determine spending priorities to improve their community.

South Dublin County Council allocated €300,000 for the Lucan-Palmerstown area in 2017, with the Clondalkin community being given a chance to best spend €300k in 2018.

Residents were invited to submit their spending priorities for this budget through a combination of locally facilitated workshops and an online consultation portal.

The council was also nominated in a number of other categories such as Supporting Active Communities, Health & Wellbeing, Best Library Service, Enhancing the Urban Environment and Commemorations & Centenaries.

*Thanks to South Dublin Chamber for the image.