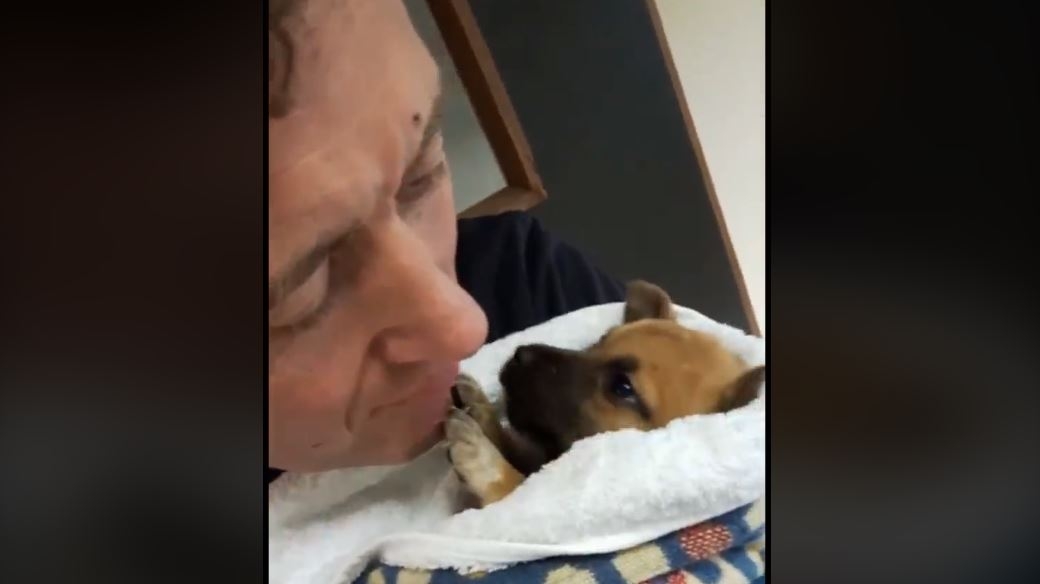 Tiny six-week old puppy rescued after being dumped in skip

THE DSPCA has issued a stern reminder that it is illegal and inhumane to abandon an animal, after a tiny six-week-old puppy was found dumped in a skip in Clondalkin on Thursday.

Named Elsa by animal shelter staff, the little puppy was rescued by a skip hire crew, who heard her cries when they arrived to remove the skip on one of the coldest mornings of the year.

The little dog is now being cared for by a DSPCA foster family, with staff sharing a video of Elsa wrapped up nice and cosy - and showing her gratitude for being rescued.

Gillian Bird, of the DSPCA, told Echo.ie: "The puppy is around five to six weeks old and we think she may be a terrier-cross.

"The lads were about to move the skip when they heard her inside. We don't even want to think about the horrible death this little puppy would have had if she wasn't rescued and ended up at the recycling facility."

Thanks to the workers and the lady who lived in the house where the skip was located, little Elsa is doing well and has been placed with a foster family.

“She’s doing grand now and will stay with a foster family for at least two weeks and until she gets her vaccinations, then she’ll be ready to be adopted”, Ms Bird said.

“It’s inhumane and illegal to dump an animal like this and there is absolutely no excuse for it.

“If people have puppies they can’t rehome, they can ring the DSPCA and we will take them and neuter the other dog free-of-charge.”

She added: “There is never an excuse to dump an animal but in this weather, a little thing like Elsa wouldn’t have had a chance if not for those workers.”

Anybody who has any information on how Elsa ended up in a skip is encouraged to contacted the DSPCA, which is based in Rathfarnham, through its Facebook page or by calling 4994700.