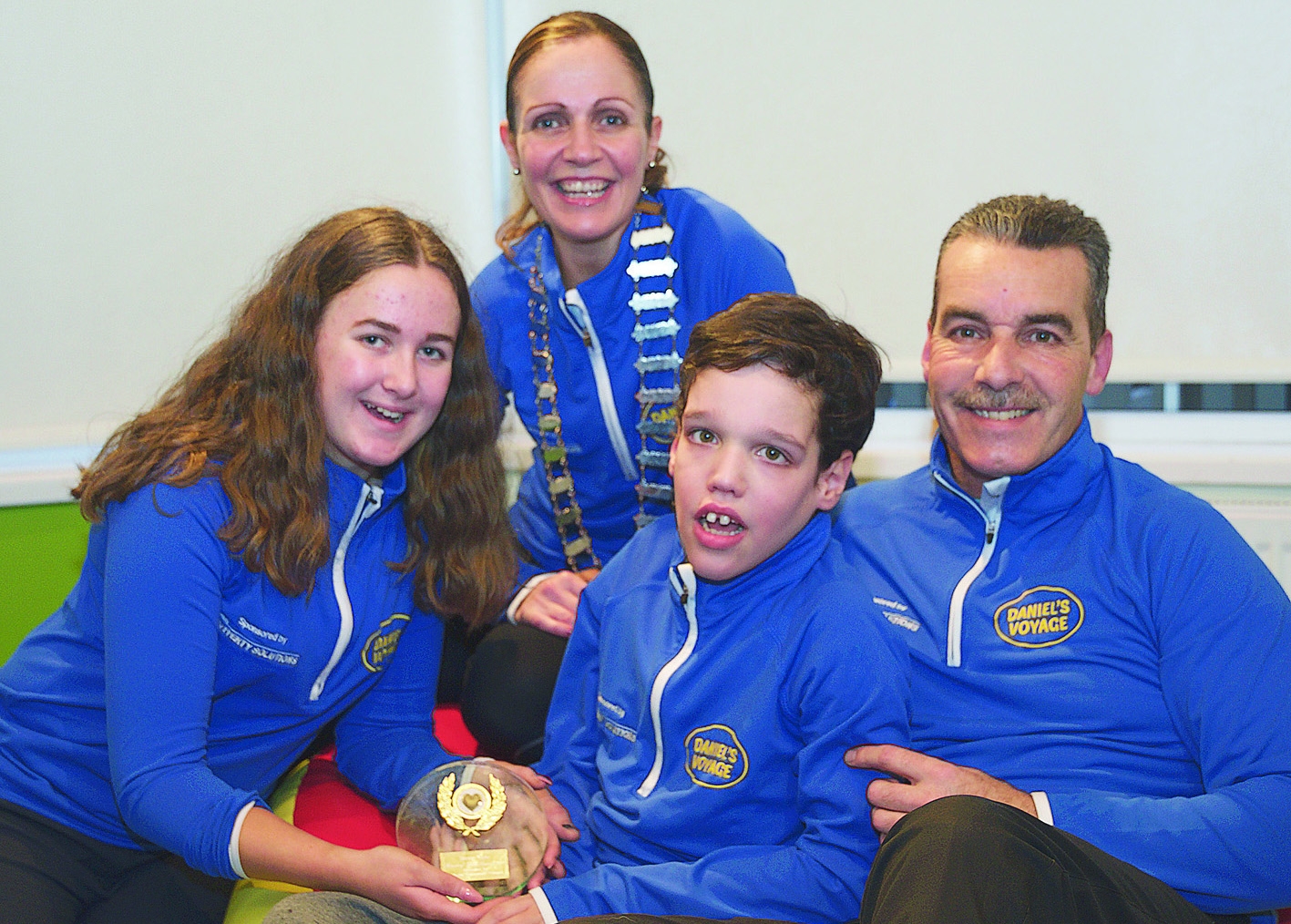 Building an ‘Inclusive Team’ is Sinead’s goal for year ahead

INCLUSIVITY is at the heart of Sinead Tighe’s term as Tallaght Person of the Year, with the mother-of-two hoping to build a more inclusive community for children with special needs and their families.

Living in Riverview, Sinead Tighe was crowned Tallaght Person of the Year at last Friday’s awards ceremony in the Red Cow Moran Hotel – after being nominated in the Special Needs and Carer’s category.

Sinead was nominated for being a “tenacious and devoted” mam to her son Daniel, who is one of around 40 children in Ireland born with a rare genetic disorder called Sotos Syndrome - a disorder that causes a number of issues, including rapid growth during the early years of life.

To continue providing Daniel (10) with the best quality of life, his parents, Sinead and Keith, and his sister Shauna need to adapt the down stairs of their home, so they set up a fundraising drive called Daniel’s Voyage to help with the necessary revamp.

Keith, Sinead and Daniel are also well known around Tallaght for their participation in local fun runs and 5k events – with Sinead recently becoming the first woman to ever push a child in the Dublin City Marathon.

Speaking with The Echo after her win last Friday, Sinead said: “I was in total shock, I still am.

“Never in my dreams did I think I’d win Tallaght Person of the Year. I just kept thinking, why me?

“When my name was called out all I was thinking in my head was, Daniel we won! I got your voice out there.”

She added: “I really am feeling so honoured, it’s such a prestigious award.

“I’m a little bit nervous and anxious about the year ahead but in a good way.”

Before being crowned Tallaght Person of the Year, Sinead had a plan to start an Inclusive Team in the area, which would bring all of the groups for children with special needs together to create a “fun and supportive inclusive group”.

“I had already thought about creating an Inclusive Team and Tallaght Person of the Year will now allow me to reach more people”, Sinead said.

“The Inclusive Team would be parent-led and could tap into all of the existing groups in the area… alongside other services, sports groups and South Dublin County Council.

“The hoped outcome would be that all children get an identity and quality of life… with every child having an outlet or an activity to participate in.

“For parents and carers, it would be a network of information, while also helping to make them feel less isolated.”

She added: “I would also hope that parks, community centres and youth projects become more inclusive too and that for South Dublin County Council inclusivity is thought about in all public facilities.

“The Inclusive Team would hopefully be a power house to get other organisations thinking outside of the box, get them asking how can we be more inclusive friendly?”

When asked how Daniel reacted to her win, Sinead said: “Daniel wouldn’t really have any concept of what the chains mean but he definitely sensed that something good had happened from my feelings…he sensed my happiness.

“He stuck with me for the whole day [on Saturday] and kept hugging me.”

She added: “This win has lifted our whole family… and I hope we can make some little difference over the next year.”