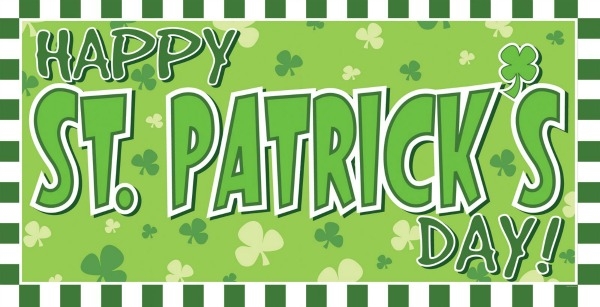 Sports clubs and groups set to paint the town green

FLY the flag for local talent and community spirit this March 17 by attending the St Patrick’s Day parade in Rathcoole, which is this year celebrating its 10th anniversary.

While celebrations will be high in Rathcoole for the Four Districts Parade, which includes Rathcoole, Saggart, Brittas and Newcastle, the County Town of Tallaght will this year have no official festivities on March 17.

Last year, a number of community groups and volunteers joined forces and staged a family fun day in Tallaght Stadium.

However, the committee members were part of groups that are active locally throughout the year and, due to limited resources, they need additional support, more volunteers and increased engagement from South Dublin County Council to stage the festival from next year.

However, a short distance up the road, the Four Districts St Patrick’s Day Parade will march off from Rathlawns in Rathcoole at 2pm.

The parade, which will be led by Saggart resident and Olympic silver medallist John Tracey, will snake through Saggart Village, past Avoca, and finish at St Mary’s GFC Pairc Mhuire in Saggart.

With more than 15 children’s groups, the parade promises to be a packed full of local talent – which will be compliment by Chinese dragon dancers, St Joseph’s Pipe Band Clondalkin, the St Laurence O’Toole pipe band, vintage tractors and much more.

Sharon Redmond, who is part of the organising committee, told The Echo: “The parade is getting bigger and bigger every year.

“However, we still keep the focus local and it’s all about the kids.”

Elsewhere, volunteers are required to ensure the family friendly Clondalkin St Patrick’s Day is a success.

The parade starts at 3pm on Thursday, March 17, and contains a strong line up.

It begins on the Old Nangor Road near the sports and leisure centre, and proceeds on a loop around the village, via Orchard Lane, Main Street and Tower Road.

RTE presenter Mary Kennedy – a native of Clondalkin – is the grand marshal for the parade, which will feature approximately 40 groups, along with plenty of entertainment for children.

Independent Councillor Francis Timmons, an organizer for the Clondalkin parade, is encouraging residents to volunteer either as a supervisors or to dress up in costume.

Cllr Timmons said: “Unfortunately, we got let down and we need volunteers. The parade is still open for anyone who wants to take part. If they can contact us before the day, from an organizational point of view, that would be beneficial.

“We have costumes there for people if they want to dress up, and mingle with the crowd during the event. There will be a viewing stand at Tuthills, and a funfair on during the day.”

LUCAN St Patrick’s Day parade is in its 26th year and continues to go from strength to strength.

The Lucan parade takes place on Thursday, March 17 – starting at 3pm near Tescos in Hillcrest, and proceeds to Lucan Village.

Gold Wing and Vespa Scooters owners will perform a drive through in Lucan Village at 2.50pm.

Lucan Concert Band and St James Brass/Reed Band will perform in the village, whilst Danny Kavanagh will perform at the viewing stand at 2pm.

Volunteers and stewards are required to help with the event