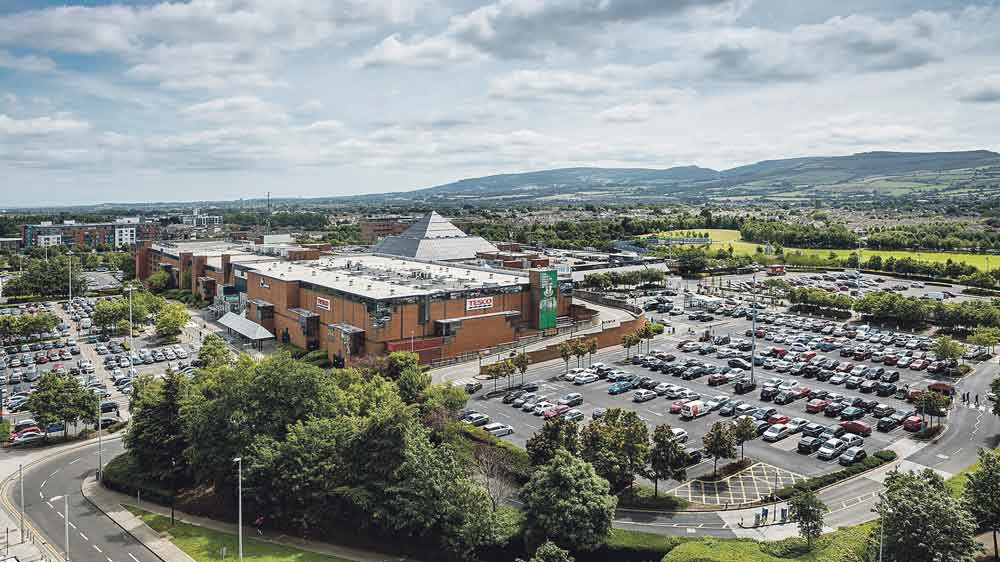 THE lack of a ‘grace period’ for people who are dropping off or collecting people from The Square, has been described as “pure profiteering” by a taxi driver. All motorists now get charged one euro on entering.

The Square recently implemented a new parking system, which sees motorists being charged €1 for their first three hours there, plus €2 per hour after three hours, or a €30 daily rate.

Previously, parking in The Square was free for the first two hours. According to a local taxi driver, the new charges also affect people picking up and dropping off customers at the centre.

Paul Hayes, who is from Tallaght and has worked as a taxi driver in the area for the last 26 years, told The Echo: “The Square has introduced a new parking system and it turns out there’s no grace period.

“You’re charged a euro no matter what. The taxi companies had a meeting with The Square management this week, but they said they wouldn’t change it.”

This additional cost now must be absorbed by taxi customers, on top of the taxi fare increases that were introduced last month.

“I’m not happy about it,” said Mr Hayes. “Anytime I get a fare to The Square I have to ask do they want to be dropped inside, or dropped outside to avoid the charge.

“If you look at all the other car parks around, even when I drop people off at hospitals, you always get around ten to 15 minutes’ grace, but not in The Square.

“It’s just profiteering, pure profiteering. At the end of the day, we can drop customers off outside The Square, but that’s going to cause issues for traffic flow, and it’s not sheltered if the weather’s bad.

“I think it’s a disgrace. They won’t even give somebody five or ten minutes to get in and get out.

“A lot of people will probably say, ‘Ah, it’s only a euro’, but that could be a euro every week twice in one day for a passenger.

“Taxi drivers can’t absorb that, so unfortunately it’s passed onto the customer, and I don’t think The Square has even considered that that’s not right.

“It’s the ordinary person that’s going to suffer because of this. If you think of an older person, that’s an extra €2 out of their pension every week, and people are finding things tight already.”

Mr Hayes also criticised a lack of communication about the charges applying to people collecting and dropping people off at the busy shopping centre.

“I only found out about it when I went up there to drop someone off, and then when I came out, I got charged when I was leaving,” he said.

“They should have signs up at every single entrance saying, ‘No set down/no pickup, charges apply’.”

Mr Hayes added that he is not based at the taxi rank at The Square, and instead works from an app, and so he is unsure if taxi drivers based at the rank are subject to the same charge.

The Echo contacted management from The Square to ask whether they would allow a grace period, and to ask if taxi drivers based at the rank in the shopping centre are affected by the charges.

A response wasn’t received at the time of going to print.