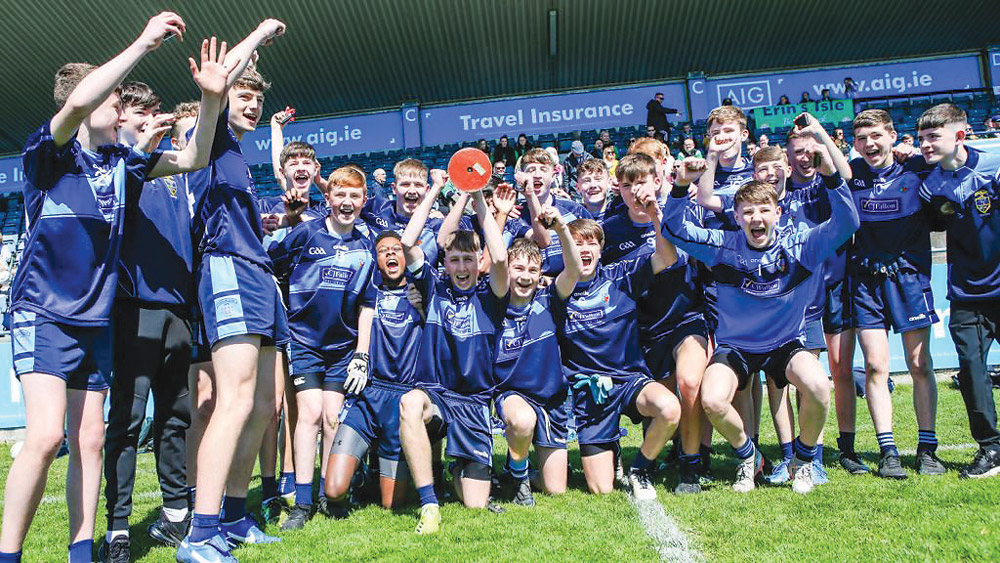 A NUMBER of local clubs stormed to success in the Dublin Football Féile Finals over the weekend.

While St Jude’s went all the way in the Division One Cup and Crumlin claimed top honours in Division 10, Lucan Sarsfields, Good Counsel/Liffey Gaels and Ballinteer St John’s all recorded Shield success.

St Jude’s emerged from a highly-competitive group that contained St Peter’s, Na Fianna and Lucan Sarsfields to qualify for the semi-finals, where they beat Ballyboden St Enda’s.

All teams that competed in that group ended up contesting the finals for the Division One Cup and Shield.

The brilliance of Billy Shouldice was on display at Parnell Park on Sunday as the Templeogue club recorded a narrow 2-11 to 1-12 victory over St Peter’s.

Goalkeeper, Patrick Fleming was on form between the posts, providing a sturdy-base for attack by way of his kickouts and steady hands at the back.

St Jude’s now go forward to the National Football Féile, which is being hosted in Dublin in early July. 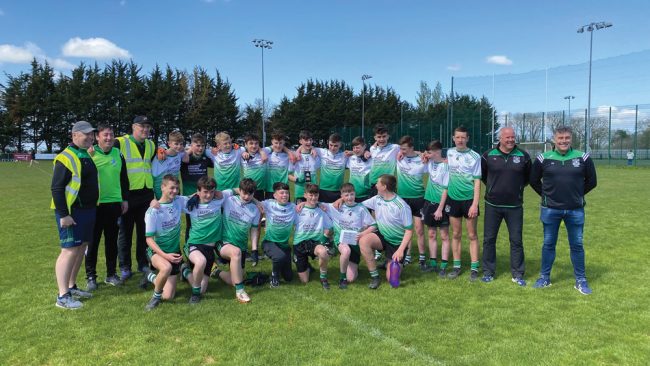 Elsewhere, Crumlin raised the Division 10 Cup in Lorcan O’Toole Park on Sunday morning as they recorded a fantastic 4-7 to 3-6 win over St Oliver Plunkett’s/Eoghan Ruadh.

In the Division One Shield, Lucan Sarsfields displayed great game-management to overcome Na Fianna at the 12th Lock, with Patrick O’Connor a highlight at full-forward from where he hit 2-5 as Lucan ran out 3-11 to 3-8 victors.

Having gone into the break four-up, the hosts goaled directly from the restart when Daniel Taaffe won the throw-in, played it to Killian Costello who unleashed Michael O’Brien for the score.

Despite Na Fianna’s late efforts to close the gap, O’Connor was at hand once again to find the net and close out the victory.

Lucan enjoyed great success in the middle, with Cian Gavin and Costello running the show while Mark Byrne, Alex Leonard and Karl Quinn held the fort at the back.

Good Counsel Liffey Gaels recorded a brilliant 3-4 to 1-5 win against Lucan Sarsfields B in the Division Six Shield play-off as Ballinteer St John’s hit their stride to beat near neighbours Ballyboden to the Division Eight Shield.