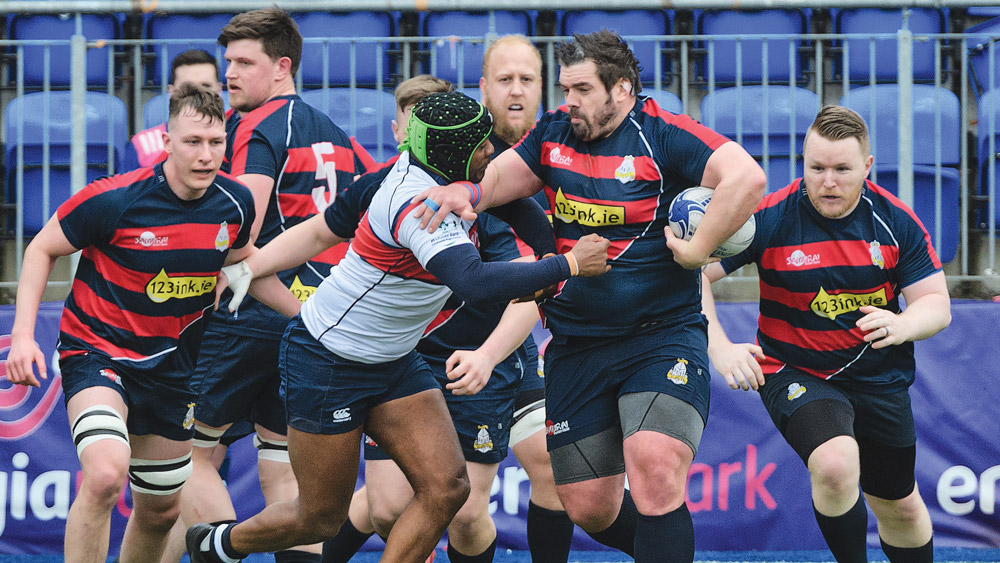 IT WAS double cup heartbreak for Tallaght RFC on Saturday as both the club’s men’s firsts and women’s team came up just short in their respective finals.

While the Tallaght women suffered a 33-14-point reversal at the hands of Kilkenny in the Leinster Division Five Cup decider at Ollie Campbell Park, the Tallaght men shipped a last-minute try as they went down 38-32 to Old Wesley in the Winters Cup showpiece at Energia Park.

Looking to put one over their Kilkenny rivals at a third attempt this season, the Tallaght women made a promising start that saw them dominate possession and territory early on as Louise Leonard and Larissa Marenelli carried strongly and scrum-half, Eileen Shanahan put in some massive hits.

Yet for all that, Tallaght were unable to convert such positive stats into points and things began to unravel after they lost wing, Sorcha Burns to a shoulder injury before then shipping a try when Kilkenny Number Eight, Lieka Hoban broke over.

Kilkenny outside centre, Emer Kelly then assumed the spotlight, twice scoring superb breakaway tries that were both converted to make it 19-0.

In danger of losing sight of their opponents, who had just been pipped for the league title by Navan earlier in the season, Tallaght hit back when skipper, Martina Fitzpatrick touched down and Grainne Flood converted to make it 19-7 by the break. 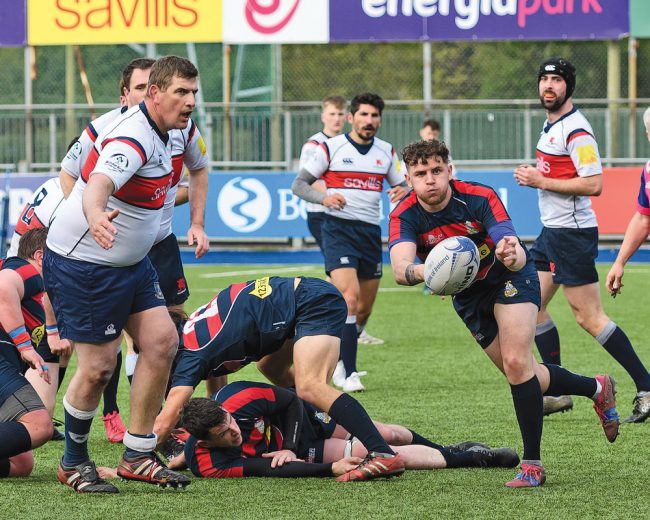 Nicholas McGuinness gets his pass away. Photos by Paddy Barrett

Yet Kilkenny pulled away again after the recess when Lucy Harte converted her own try only to see opposing inside centre, Chloe Conroy score from close range for Tallaght with Flood tagging on the extras to make it 26-14.

But that was to prove the final score that Tallaght would muster up and when Emer Kelly broke away again to complete a hat-trick of tries, Kilkenny were, for all intents and purposes, home and hosed.

“We were up against a really good team, but we competed really well with them for long periods” stressed Tallaght coach, Sean Bishop.

“We’ll take huge encouragement from that into next season. It’s really great to finish the season on a positive performance and I want to thank the players and coaches for all their hard work all season” he added.

Later that day, Tallaght men’s firsts took on Old Wesley in a bid to land the Winters Cup and drew first blood when inside centre, David Clarke burst through for a try that was converted by Rob Hudson.

Wesley, though, hit back by way of a good move from their backs that was finished by outside centre, Adam Killeen before Tallaght made it 10-5 with a penalty from Hudson.

Parity was restored when Wesley Number Eight, Matthew Cherry broke off from a lineout for a touchdown only to see Tallaght edge ahead again when some good short passes from Adam Nolan and Daryl Keogh put Simon Collie away for a try under the posts which Hudson converted to make it 17-10. 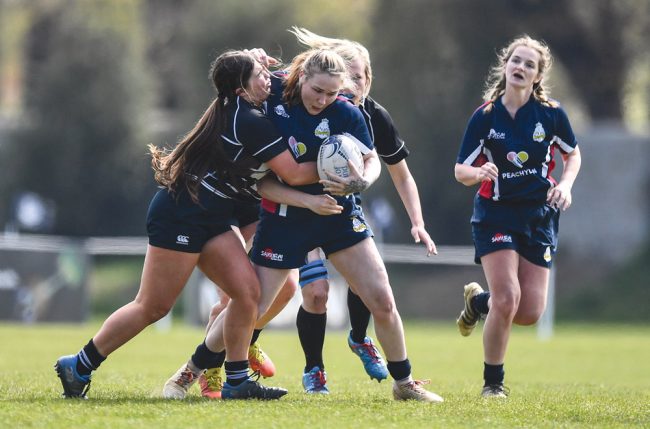 Chloe Conroy Kearns of Tallaght RFC is tackled by Emily Kenny of Kilkenny during Saturday’s tie while (inset) Doireann O’Byrne is hauled down by Emer Kelly. Photos by Ben McShane/Sportsfile

Tallaght then suffered a setback when they lost winger Leön Tanfin to an ankle injury and when Cherry burrowed his way over for his second try that was converted by Andrew Scanlon, the teams were neck and neck once more.

Wesley took the lead for the first time in this tie when Adam Killen’s kick took a wicked bounce and full back, James Egan capitalised to break over the whitewash. Scanlon converted to make it 24-17 at the halftime recess.

Tallaght suffered another injury blow after the interval when out-half, Daryl Keogh had to be withdrawn and, still, they managed to absorb the pressure that followed before hitting back

When Ken McGovern’s offload saw flanker, Niall Mahon through and he then timed his pass superbly to take out two Wesley defenders and put Rob Hudson away to haul Tallaght to within two points of their opponents.

Tallaght jumped back in the driving seat when, from a Wesley 22 drop-out, Aaron Hickey demonstrated great pace and footwork to beat three defenders and offload to Ciaran Rudd who touched down.

Wesley, however, responded when Cherry broke over again to complete a hat-trick of tries, Scanlon converting to put his side back in front only to see Adam Nolan and Niall Mahon combine to help propel Hickey over the line and Tallaght into a one-point advantage with the final whistle looming.

But there was still enough time for Wesley scrum-half Cameron Wood to spot a gap at a ruck and slip through to score under the posts and snatch victory at the death.

“I’m heartbroken for the lads to lose it with the last score” sighed Tallaght coach, Tom Leigh.

“The lead changed hands several times in the last 20 minutes and everyone who came out were treated to a superb cup final.

“I’m so proud of the lads and we also want to thank our brilliant support who came out to noisily shout us on for the whole game” he said.