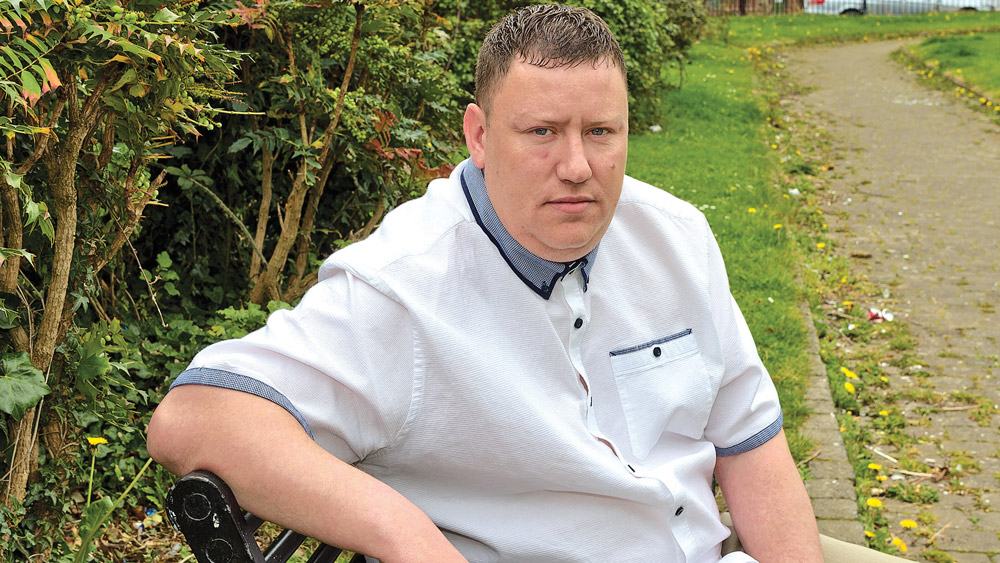 FROM being kicked out of school at thirteen for writing explicit song lyrics to being invited back to school to teach students how to write, Ballyfermot native Paul Ritchie speaks about his ‘full circle’ journey and how he has found solace in the hardest of times through writing.

Originally from Clondalkin, Paul moved to Ballyfermot when he was thirteen and has lived there ever since.

“It wasn’t so much a positive experience growing up,” says Paul. “I grew up in Clondalkin in the 90’s and there was a lot of stuff going on. The drug epidemic hit and there were a lot of vigilantes on the streets, and it was the exact same in Ballyfermot.”

Growing up in a creative family, Paul says it was this creativity that ultimately led to him being expelled from secondary school at just thirteen years old.

“I was out of school by first year and I was working as a security guard in a shop in Ballyfermot when I was thirteen because I was always big. I got kicked out of school because I wrote a song and the teacher found it and there was rude stuff in the song, so that’s why.

“I was always good at art and music and have always been writing poetry.” 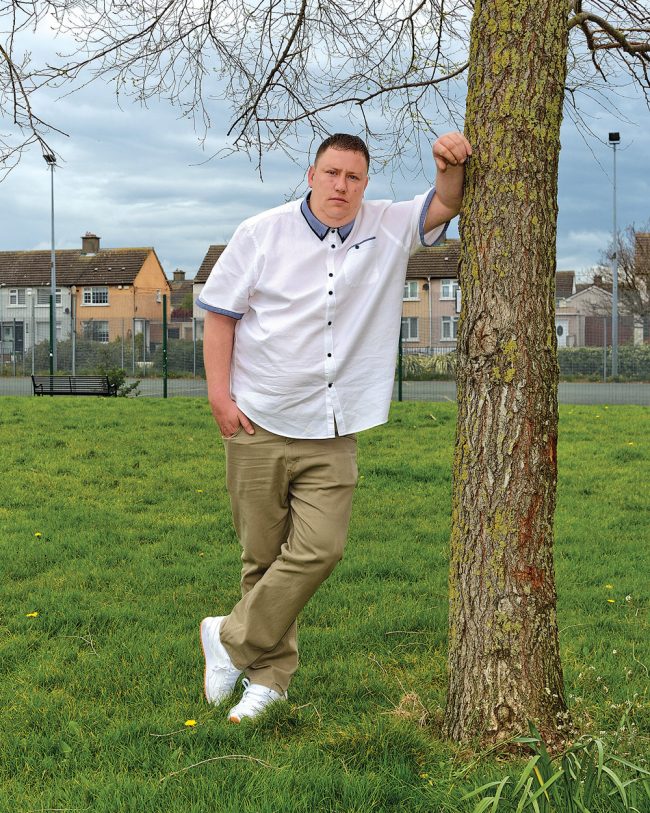 Paul Ritchie will be returning to school to teach workshops in St John’s College in Ballyfermot at the end of this month, teaching first years how to write

While he continued to write poetry during his teenage years, Paul didn’t write another song until he was seventeen, when he wrote a song for his friend who had died by suicide.

In 2005-2006, more than 20 people took their own lives in the Clondalkin area, which was known as a ‘suicide cluster’ and had an enormous effect on the community.

“I fell into a dark place when I ended up losing 13 of my friends to suicide – it was like a pandemic in Clondalkin, it was very hard,” said Paul.

“When I met my girlfriend then I stopped hanging around on the streets and kept writing, I have been with her 19 years.”

Paul, who also goes by the name ‘Tall-Order’ has also had a successful music career, with his hip-hop album ‘The Tree of Life and Death’ reaching number one in two countries, and also owns record label Bloodshed Records.

“I get inspired by things that I see around me,” explains Paul. “Things you would see in the area – you are a product of your environment.”

It’s Paul’s own first-hand experiences that have led him to start his production company last October. Hour Hearts Productions, who work independently with youth in troubled areas effected by anti-social behaviour.

Speaking about why he started Hour Hearts Productions, Paul says: “I was writing for people, and they were trying to get funding for projects. I was writing screenplays and they would never get funded. 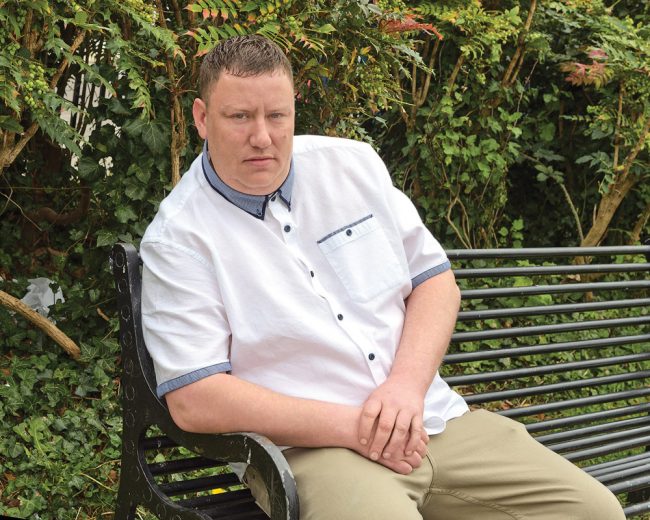 “I have always been friends with Myles (co-owner), we grew up on the same road and Myles was in acting and I was writing the films, so it was a no-brainer and we set up the company.”

The company’s debut film ‘Blind Man’s Bluff’ was shot over the space of three days back in September in Ballyfermot and premiered at the Lighthouse Cinema last month and Paul, along with the co-owner of Hour Hearts Productions, Myles Maher, hope to make it into a feature film once funding is secured.

“Since Blind Man’s Bluff people are reaching out to us and hopefully, we are going to turn it into a feature so everything is looking positive now.

“We know all of the kids that hang around on the roads. One kid, who used to be in the boxing club, and we noticed that he wasn’t really interested in it, so we said, ‘what do you want to do?’ and he said ‘I want to be a photographer’, so I brought him out on walks and he took pictures and now he wants to go to college to be a photographer and he was our photographer at the film screening. 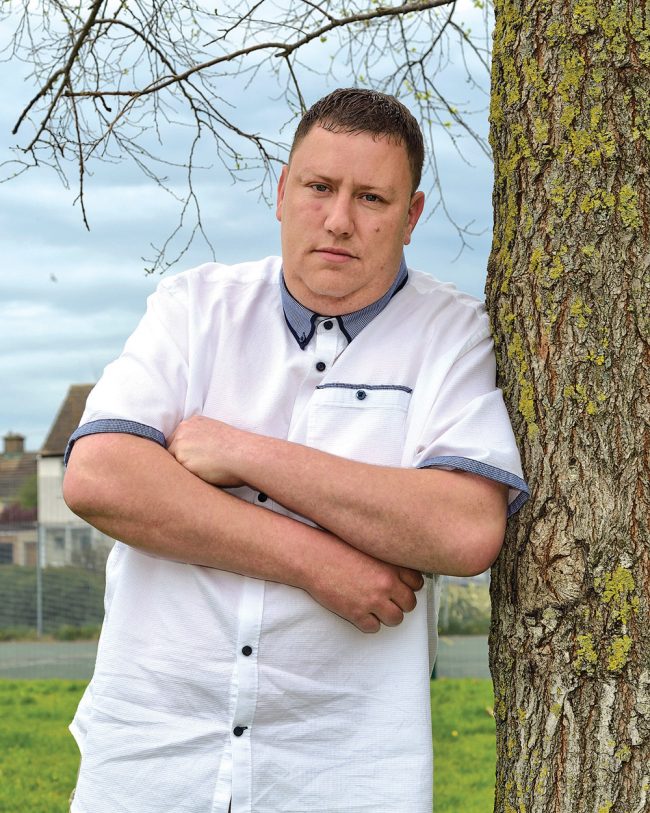 “When we did the film kids were coming onto the set and holding the mics and all, they don’t know what they want to do when they’re older but then they find that. One of the main actors in the film, Cillian, is from Cherry Orchard Avenue, which is one of the worst anti-social behaviour areas in Ireland and now all he wants to do is act.”

Due to his talent and success, Paul will be returning to school to teach workshops in St John’s College in Ballyfermot at the end of this month.

“If something is happening in their life, if you can get them to write instead of taking their anger out by screaming or running around the streets and take their anger out on a page, that’s what helped me and saved my life.”