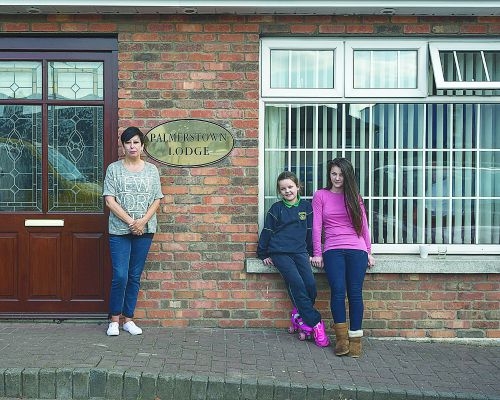 STAFF and guests in Palmerstown Lodge feel that the premises is being “punished unfairly” due to a decision that no longer allows people in emergency accommodation to avail of a room there, according to an Echo investigation.

The premises was at the centre of a storm in June when a wedding party spiraled out of control – resulting in one man dying from stab wounds and another man charged with murder.

That incident, along with allegations in the community that the B&B is a hive of anti-social activity, are strongly refuted by the premises – which has been in operation for nearly 20 years and routinely contains a “tenant mix” throughout 29 rooms, including out-of-town workers, and families on council housing lists.

In August, Minister for Justice Frances Fitzgerald received confirmation from the Dublin Regional Homelessness Executive – who work on behalf of the four Dublin councils – that they “are no longer making new emergency placements” into Palmerstown Lodge.

In a letter sent to Palmerstown residents, Minister Fitzgerald said she had made representations to the DRHE to voice “concerns regarding the appropriateness” of the B&B “for the provision of temporary and emergency accommodation.”

During a week-night visit by The Echo to the premises’ living room, staff, tenants, and mothers and children staying at the premises blasted the Minister’s “bad decision” and presented a united front of a “family orientated” establishment.

“It’s terrible they aren’t allowing people stay here,” said Martina Cranny, a mother-of-four, who has been in Palmerstown Lodge for the last three-and-a-half months.

She continued: “I was told to self-accommodate by the council. I went to numerous places but as soon as you mention Parkgate Hall, they don’t want to know.

“But when I came here, they were completely different. Gerry (O’Connor – the owner – who was not present on the night) has a kind heart and goes out of his way to look after the guests. There is always someone at the desk. If there is ever any problem, they are always there to help.”

Abtab Uddin, a receptionist at Palmerstown Lodge for the last seven years, said the incident in June was “out of character” for the premises which “is like a family.”

Mr Uddin, a Bangladesh native, said: “One man had a room here, but half an hour later, the council rang back, the rule changed, and they said he had to go to a hotel.

“We had to tell him and his three kids to move on. He was very upset, and nearly crying. It is hard to find a place in a hotel with children. I would like the Minister to reverse her decision. The place is losing revenue with spare rooms. The business lies in the clients.”

Mothers on the housing list at the B&B, told of their difficulties in finding places to stay, and deplorable conditions in other establishments.

One 18-year-old girl, said she and her eight siblings had been in 22 different places in 17 months, before landing in Palmerstown Lodge in March.

“100 per cent, this place is the best,” she said. “In Enniskillen, we had to leave the place at 9am and couldn’t come back till 6-7pm. I’d like to stay here until we get a place on the housing list.”

There have been allegations in the community, attributing thefts of items in gardens to youths staying in Palmerstown Lodge.

Sally Ann Flynn, a mother and resident at the premises since February, strongly refuted these claims.

Ms Flynn said: “I can understand where they are coming from, but it’s not like that. Our kids don’t go off the premises. We have a curfew – eight o’clock at night – same at the weekend. Gerry doesn’t tolerate drugs or any messing. He has a big heart. A lot of it is just BS – people will say anything.”

Tenants were unified in their condemnation of the housing ban, and feel the stabbing incident has given fuel to local speculation about the premises.

“I would like to see Frances Fitzgerald visit the place. She doesn’t understand the place,” said Sally Ann. “This has generated bad feelings. It’s all politics.”

Martina added: “Things like the stabbing could happen anywhere. It’s very sad, but you move on, and people move on when it happens in other areas. It’s forgotten about.

“It has blackened Gerry’s name. People talk as if this is a drug-haven or whorehouse. Residents are happy with the way we are treated in the B&B. I wouldn’t go anywhere else.”

A spokesperson for SDCC said: “The council position remains that DRHE ‘are no longer making new emergency placements’ into Palmertown Lodge. This decision was made following the incidents that are referred to.”

Dublin City Council had not reply to The Echo inquiry before going to print.