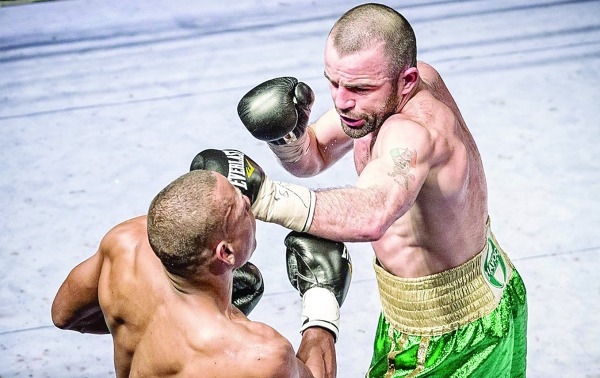 Stephen Ormond: “This is my time”

STEPHEN Ormond believes the time has come for him to scale the heights of boxing after having been handed a world title eliminator next month.

The Clondalkin light-weight is poised to fight in Las Vegas on Friday, August 5 against an unbeaten opponent who is ranked higher than him and is due to be announced in the next few days.

Ormond last fought in March when he beat Marcos Jimenez for the vacant IBF Inter-Continental Lightweight title in Massachusetts.

Indeed the 33-year-old is no stranger to fighting across ‘the pond’ with his last three fights and wins recorded in Massachusetts.

Yet the Vegas show is set to be a whole lot bigger and could well put the former WBO European Lightweight champion on the trail of his biggest title shot yet.

“I feel this is my time. I’ve had nothing handed to me and I’ve done it the hard way” Ormond told The Echo.

“I’m putting everything possible into this fight and I really feel I can beat anyone in the world on my day.

“The date for this fight has kept changing so really I’ve been training for the past three months and I’m ready for it.

“This is the big one. What better place to fight for a shot at the world title than Las Vegas. It’ll be shown by ESPN and it’s a main bout.

“I’ll definitely get a shot at a world title if I win. That’s the main reason why I signed up for it” he stressed.

Ormond has won 21 of his 23 professional bouts so far, with one of his two defeats coming against Terry Flanagan in their WBO World title eliminator in which he was disqualified back in February of last year.

Since then he has carded four straight victories, including his IBF title win over Jimenez, and is itching for another big showdown.