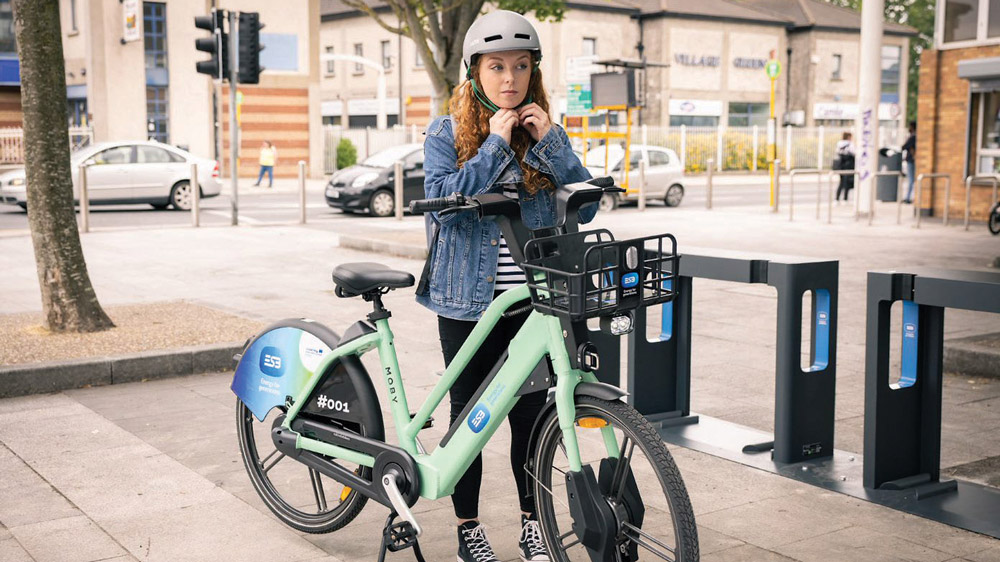 THE THEFT and vandalism of e-bikes from a recently launched pilot project in Tallaght and Lucan has been described as “showing a lack of respect and common decency”.

The ten-month pilot project is being spearheaded by the ESB, and many of the stolen bikes have since been recovered due to being fitted with GPS trackers – but the thefts are a source of frustration in the area.

The ESB recently engaged with South Dublin County Council through a proposal to provide e-bike hubs and parking facilities at four locations across the county.

As reported in The Echo last July, the electric bike hub adjacent to the Westpark estate on the Old Bawn Road had been destroyed within eight hours of its launch in a random act of vandalism.

The official launch of the bike hubs took place in August, but since then several more of the bike stations have been damaged and the e-bikes have been stolen.

Mayor Emma Murphy, who launched the scheme, told The Echo: “It’s a pilot project to put e-bikes close to the Dodder Greenway and see how they get on and what the appetite for them would be.

“They’re gorgeous bikes – I got to ride one myself at the launch – but they were stolen, and one of the stations was really badly damaged.

“The ones in Dodder Valley Park, all eight of those bikes were stolen, but they managed to get the bikes back because they’re all fitted with trackers.”

The e-bikes hubs are fitted with security measures to deter theft, such as alarms, trackers, and smart locking, with the wheels locking until a user unlocks the bike through an app.

“They’re getting them back slowly but surely because of the GPS trackers,” said Mayor Murphy.

“And they’re of no use to anybody because they’re completely immobilised when they’re stolen, so they’re useless.

“It’s just disappointing that we put out a pilot project like this, and the bikes are stolen in the first few days.

“It’s just a pilot project, and you’d expect minor teething problems, but this just shows a lack of respect and common decency for the project and the investment into the area.”

The thefts are currently the subject of a garda investigation, and a spokesperson for the ESB said the company is working closely with the council to resolve the issue.

The ESB spokesperson told The Echo: “ESB is aware of incidents involving our new eBikes pilot initiative in parts of Dublin. Local Gardaí have been informed and an investigation is currently underway.