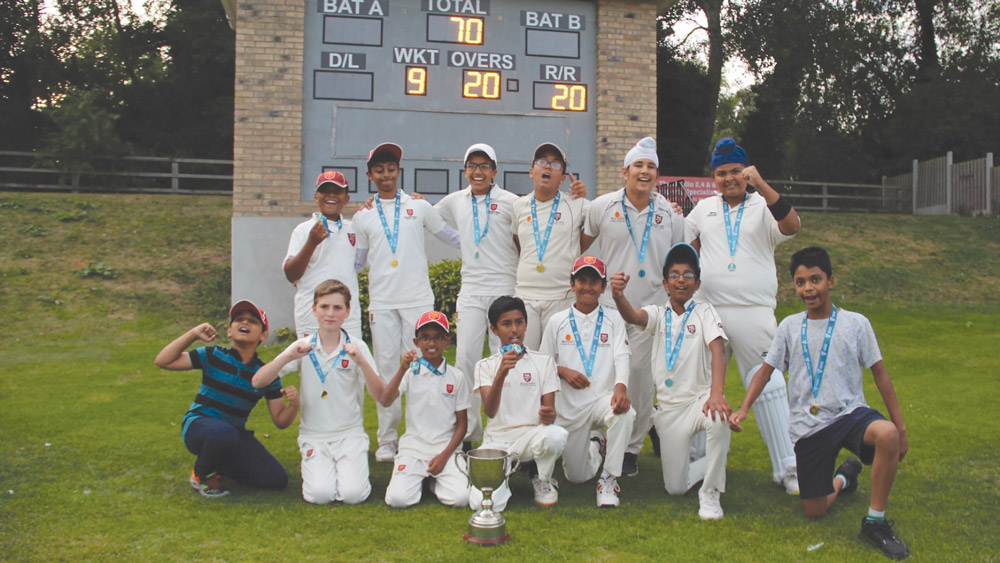 IT HAS proven another great year for Adamstown Cricket Club with their Minor A Boys’ Leinster Cup success among the highlights.

Having just missed out on this very prize last year when they finished runners-up to Hills, Adamstown, under coaches Ravinder Singh Oberoi and Ganapathi Subramanian, were determined to go all the way this time around.

Victories over North County, Knockharley and Phoenix propelled them through the semi finals where they again surmounted the challenge of Phoenix to set up a title decider against Merrion Cricket Club at Anglesea Road.

After winning the toss, the homeside put Adamstown into bat and they soon accumulated a score of 34 for no loss, with Dinol Dharmapriya registering an impressive 24 runs while his opening partner Yash Verma hit 10.

Merrion however responded well and took a flurry of wickets to pear back Adamstown to 43 for five in 13 overs, only to see Shravon Biju and Dhruv Komati get Adamstown motoring again.

Biju was out with a great score of 20 runs in the 18th Over, followed closely by Komati who chalked up 17 by the close of the innings to help see their side total 88 for the loss of seven wickets.

Needing 89 runs to win, Merrion finished the opening seven overs with just 13 runs for no loss, as the Adamstown bowlers kept the bowling tight in line and length.

Akshit Varatharaj broke the opening partnerships on the Eighth Over and accounted for two more wickets in the same over.

Merrion could barely recover from that and ended the game on a total of 70 for the loss of nine wickets.

Among the other bowlers to take wickets were Biju, Komati, Aadarsh Ganapathy and Jaivir Singh Oberoi.

It was a superb achievement for the team and another milestone for Admastown Cricket Club, which this year, has fielded eight adult men teams, one women’s side and 10 youth outfits, including a girls team.