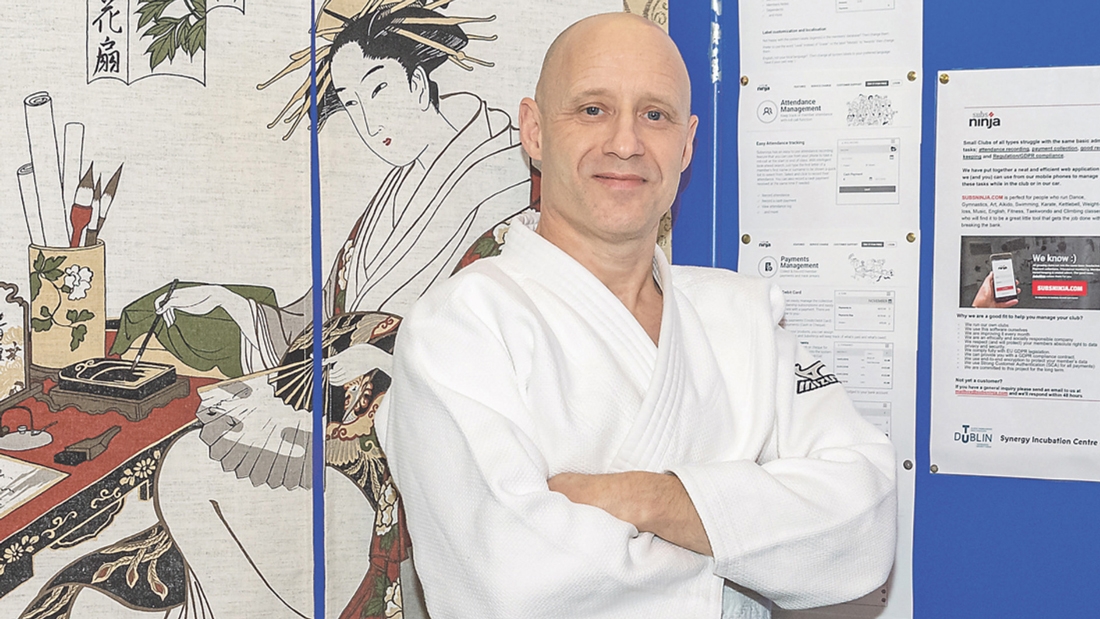 A KILTIPPER man has developed software that is “a gamechanger” for small local clubs, as it allows them to easily keep track of and input their club’s admin and membership billing details – all from their phones.

Jer Ryan, who has a background in software development, came up with the idea for SubsNinja after he joined a local Aikido club with his daughters several years ago, and began helping the club to move away from manual file-keeping and collecting cash at each class.

He developed a scaled-down version of software that he had previously produced for larger organisations to help them to digitally keep track of admin and billing, and streamlined the functionality so that it would be user-friendly for small, local clubs.

“I have a background in software development and had experience building software systems for big societies and organisations,” Jer told The Echo.

“But little clubs generally don’t have the money or expertise to support systems like those, so I cut down the functionality of the stuff that I used for the larger organisations, to streamline it for small clubs.

“It’s a gamechanger for clubs, as a lot of them still collect cash and do their admin manually.

“It takes away the hardship, and makes it easier for the club.”

According to Jer, when small clubs try to tilt away from manual admin and cash collection, the technical knowledge that is needed to use software to deal with these issues can often be considered off-putting and overly complicated, whereas SubsNinja is focused on ease of use.

SubsNinja – which is based in the Synergy Centre in TU Dublin-Tallaght campus – was launched last month and a number of Irish, British and American clubs use the software to easily keep tabs on their clubs.

The software uses end-to-end encryption and is fully compliant with EU GDPR legislation, and Strong Customer Authentication (SCA) is used for all payments through the software.

“We have bootstrapped the current build with investment of just over €70,000 from personal funds, some investment from friends and family and a stipend from Enterprise Ireland, via the New Frontiers Programme,” Jer explained.

“We are gearing up for a more public launch in the coming weeks as we roll out an online marketing programme in Google and across social media.”

SubsNinja is available for a free 60-day trial at subsninja.com, and at the conclusion of their trial any club which has a membership of ten or less can continue to use the software for free.

NEWER POSTStudents get to sharpen their employability skills
OLDER POSTGrants to brighten up shopfronts!