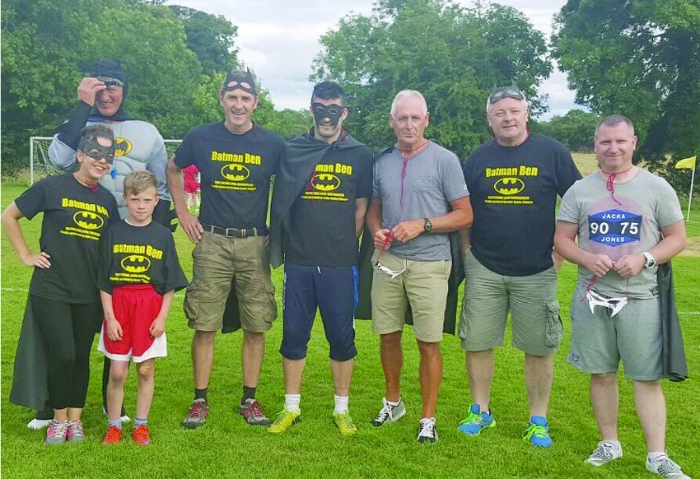 Superheroes raise €7,000 for Ben’s treatment in the US

THE children, parents and staff of a childcare centre in Baldonnell donned their capes recently and raised a super €7,000 in aid of a young boy with a rare form of cancer.

Earlier this month, the Junior Genius Childcare Centre in Baldonnell staged a superhero fundraising day in aid of five-year-old Ben Farrell, aka ‘Batman Ben’, who is battling a rare form of cancer and trying to raise money for treatment in the States.

Between sponsorship collected for the soccer match and money raised on the day, a grand total of €7,000 was collected for Batman Ben – thanks to the support of more than 30 local businesses which provided food and raffle prizes.

Staff member Stacey Ennis told The Echo: “We can’t thank everyone enough, the support from the parents and children was amazing and so many local businesses also came on board to make the day a success.”

Junior Genius would like to thank local businesses in Clondalkin, Ballyfermot, Tallaght, Crumlin and Lucan for their support, including MK Meat, FX Buckleys, TP Adventures and Joey Howe and Richard Griffan who provided the bouncy castles.