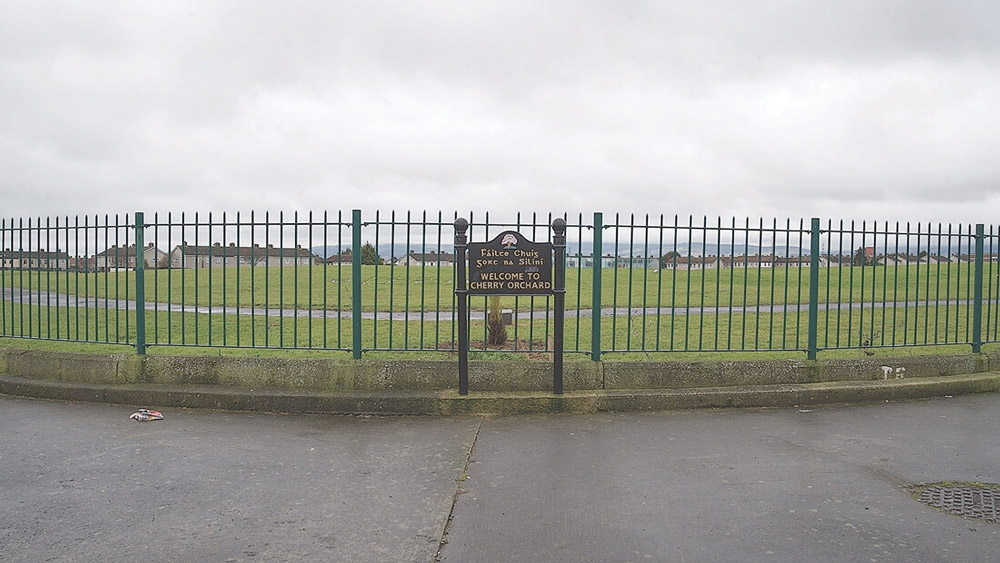 Cherry Orchard had a number of high-profile joyriding incidents

GOVERNMENT officials met with officials from Dublin City Council this week to discuss plans for the structure of community development groups, to combat serious anti-social behaviour.

The talks will have a bearing on the makeup of entities such as Cherry Orchard Development Group, which has been working close to the heart of issues in the community, following a number of high-profile joyriding incidents in the area over the last year.

The Minister said a task force will be put in place in Cherry Orchard to tackle criminality and anti-social behaviour.

Cllr Daithi Doolan (SF), who forwarded a Motion on the matter at the South Central area meeting this week, urging the Dept to establish the task force as a matter of urgency and ensure the community is fully represented in talks.

Speaking at the meeting, Cllr Doolan said everyone was aware of serious criminal activity in the area for some time, including attacks on “gardai, myself and others was only the tip of the iceberg.”

“Underneath that, the real work had to be done, the causes and consequences of this criminality and anti-social behaviour. It is essential that the community and local reps are involved in any talks.”

He said they won’t be “re-writing the book here – a lot of good work has been done in recent years by the Cherry Orchard development group.

Mr Kelly said the plan is to strengthen that structure but acknowledged previous plans perhaps did not involve the right people at the table across a range of backgrounds.

He said they will have to make sure what goes into Cherry Orchard aligns with the wider plan for groups like this across the country going forward.

“You only have to look back to the last Friday night. People were out joyriding again. The clock is ticking,” said Cllr Doolan.

“In the height of snow and ice, most people were afraid to walk the pavement because people had robbed cars.

“I’m glad the guards responded quickly, but that is the second time they have been out in recent weeks.

“So they haven’t gone away you know.”