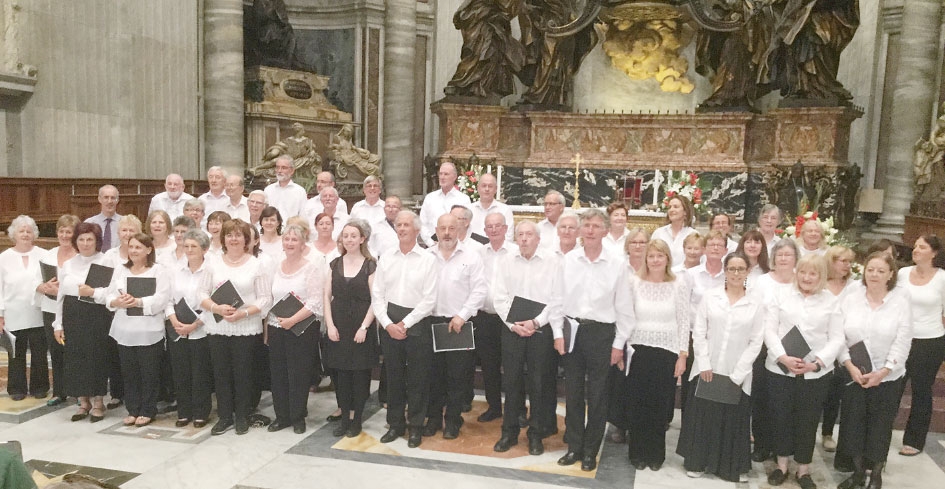 ONE of the strongest choral societies in Ireland has an upcoming performance at St Andrew’s Church on Sunday, December 17.

‘Saint Nicolas’ and other Christmas Carols will be presented by Tallaght Choral Society, in association with Belfast Philharmonic Youth Choir.

The first part of the event is ‘Saint Nicolas’, a nine-movement production written by Benjamin Britten, that tells the real story of Saint Nicolas, the man.

The second part will focus on 11 Christmas Carols, one in which will be ‘Oh Holy Night’, sung by Owen Gilhooly.

The event is conducted by Lynsey Callaghan, with Owen Gilhooly as tenor, and the Irish Choral Ensemble being led by Anita Vedres.

Tallaght Choral Society was first formed in 1967, when Tallaght was still a small village, and a group of singers came together under Father Donal Sweeney OP.

Over the years, they have had multiple directors, over 100 members, and have performed many choral works.

The choral society has participated in many RTÉ productions and its successful collaborations have included works with the National Symphony Orchestra, The National Youth Orchestra, the Royal Irish Academy of Music orchestra, Belfast Philharmonic Choir and Liverpool Welsh Choral Union.

The choral society celebrated their 50th  anniversary this year.

The event starts at 6pm, with tickets costing €15.