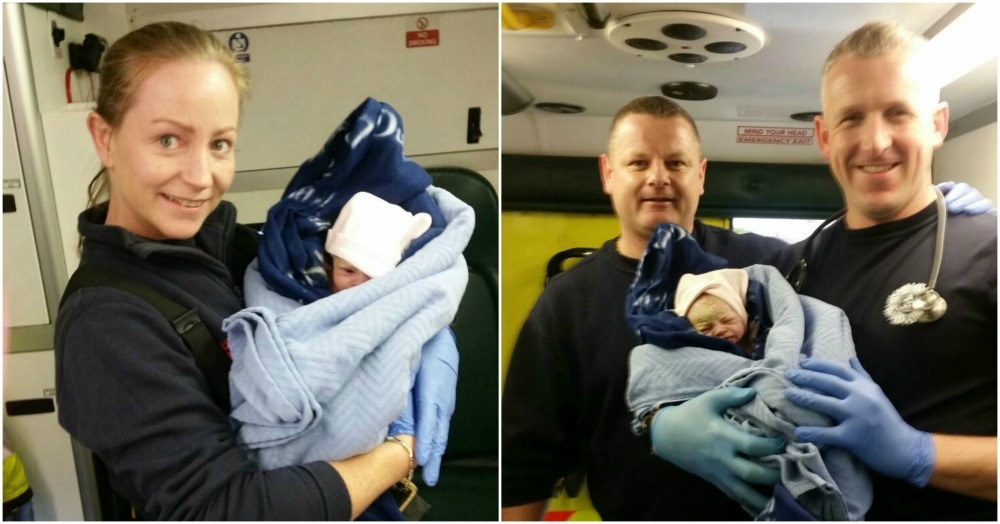 A CREW from Tallaght Fire Station helped bring another baby safely into the world this morning, after they assisted a mother in Brookview, Tallaght, who unexpectedly went into early labour.

Weighing just 3 pounds and 14 ounces, the tiny baby girl was safely delivered by her mam and a dedicated team of four fire fighters at 9.30am this morning – with the little girl obviously eager to make an appearance, arriving at just 36 weeks.

After the delivery, the National Ambulance Service (NAS) arrived on the scene and took mam and baby, who are both doing well, to the Coombe Hospital.

Tallaght firefighter Billy McHugh, who was present at the delivery alongside his colleagues John Walsh, Sarah Phelan and Geoff Tracey, told The Echo: “This little baby arrived early at 36 weeks but thankfully everything is great, and mam and baby are both being cared for in the Coombe.

“When the call came in, Tallaght sent one fire engine to the scene and when we arrived we assisted in delivering the baby.

“NAS arrived shortly after and brought mammy and baby to the Coombe.”

Billy, who himself was delivered by two firemen when he was born, added: “We have gotten a message since that the baby is doing ok.

“This is my fifth baby to deliver and I think Geoff and Sarah have both delivered around the same.

“Our work can be very hard at times so to be part of something like the birth of a baby is a lovely aspect of the job.”

NEWER POSTThis week’s front pages – 01 December 2016
OLDER POSTClondalkin Animal Aid: “We haven’t seen anything this bad in a while”