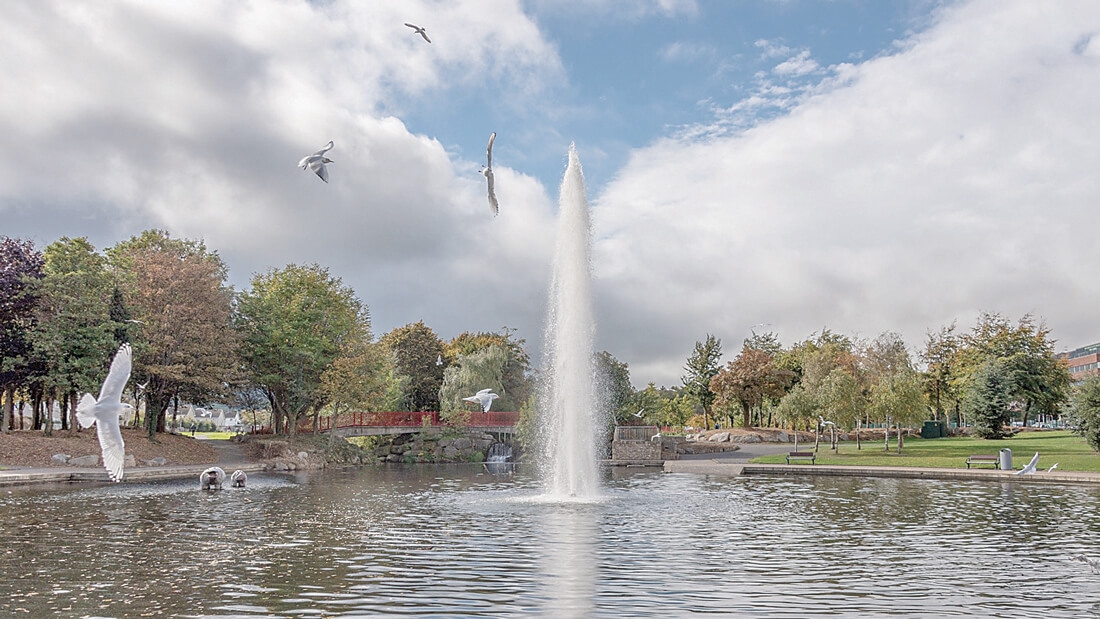 TALLAGHT gave a “very creditable showing” in the latest national litter survey by Irish Businesses Against Litter (IBAL), but there was a “fall-off” in the level of cleanliness in the area.

In IBAL’s national litter survey last January, Tallaght was listed as the cleanest area in Dublin, however, in the most recent survey it has fallen in the rankings.

Sean Walsh Park is listed as Grade A and excellently maintained

In the survey, the findings of which were released on Monday, Tallaght came joint 22 out of 40 places nationally that were assessed for the survey, with the area being listed as being “clean to European norms”.

A number of areas in Tallaght received the highest grade – Grade A – for cleanliness, including the Tallaght Luas stop, which was described as “fresh and generally clean throughout”, and the recycling facility at The Square was commended as being “a rarity in recycle facilities” as there was no litter stuffed between, beneath or behind the recycling bins.

Grade A status was also given to Tallaght Village and The Square Shopping Centre, while Birchwood Heights also received a Grade A score, with the person carrying out the survey stating that a no-dumping sign at this location “appears to be having the desired effect”.

Sean Walsh Park also got an A Grade, with the park being described as “an excellent site” which has been “excellently maintained”, however the pond in the back of the park was treated separately and got Grade C as there were “heavy levels of a wide variety of litter” in the pond.

Grade B was awarded to the Tallaght Bypass, described as “definitely a littered site” and the person carrying out the survey found that “plastic ties were also widespread – and this was even before election/referendum fever kicked in.”

The Cheeverstown Road also received Grade B, with the litter being described as appearing “fresh on the grass verges and at the kerbs close to the approach to Tallaght Bypass – the overall impression was a littered one”.

The playing pitches beside McGee Park got a grade of C+, with the survey finding that “the playing pitches themselves were well maintained with recent grass cutting”, however “there were heavy levels of a wide variety of food-related litter”.

It was suggested that the installation of Litter Awareness notices may help to quell the littering issues at the playing pitches beside McGee Park.

The survey was carried out by representatives from An Taisce, who monitored the surveyed towns independently and in accordance with international grading standards as part of the IBAL Anti-Litter League.