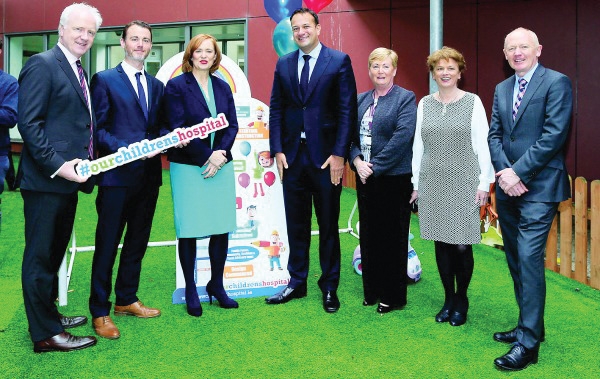 THE TALLAGHT Hospital Action Group has slammed An Bord Pleanála’s decision to grant planning permission to the new National Children’s Hospital at St James’s Hospital and described it as “medical politics”.

Triona Murphy, Chairperson of The Tallght Hospital Action Group, said: “I would have been very very surprised if the planning permission had been turned down. Medical politics has played a huge part in this decision.

“The Children’s Hospital is a jewel in any hospital’s crown. This decision had nothing to do with the children or with access to parking for example. The site in St James’s could work, but there isn’t enough room.”

Ms Murphy said that under the proposals, there will be less children’s beds than there currently are in Crumlin and Tallaght.

She said: “Currently there are 470 children’s beds in Crumlin and Tallaght. In the new hospital in St James’s there will be 380.”

Last week’s decision by An Bord Pleanála was welcomed by Eilish Hardiman, CEO, The Children’s Hospital Group. She said: “This truly is a watershed day for children, young people and their families.

“Today’s decision will positively transform how paediatric services are delivered for children and young people here in Ireland. These buildings are a significant catalyst for how the new national model of care will be delivered. We are now firmly on our way to making this long-awaited children’s hospital a reality.”

The Minister for Health, Leo Varadkar TD, described the decision as “fantastic news”. He said: “This is fantastic news for all the children of Ireland – it will produce a state-of-the-art hospital of which everyone can be proud.”

He added: “Building a hospital of this size on the St James’s campus will inevitably mean disruption, but the St James’s Board has embraced this project fully. Co-location of these two leading hospitals will result in a campus of clinical, educational and research excellence that can attract the best and brightest across all disciplines.”

Meanwhile 50,000 signatures have been collected calling for the new hospital to be located at the James Connolly Memorial Hospital in Blanchardstown, just off the M50.

Dr Finn Breathnach said the decision to locate the Children’s Hospital at St James’ is “madness” and urged more people to sign the petition.

He said: “We have power to change this decision and make the right decision for the kids of this country, not just for this generation but for the next three or four generations.

“This children’s hospital is supposed to last for 100 years. It can’t. It won’t be able to accommodate a maternity hospital on site and as a result of that, babies are going to die.