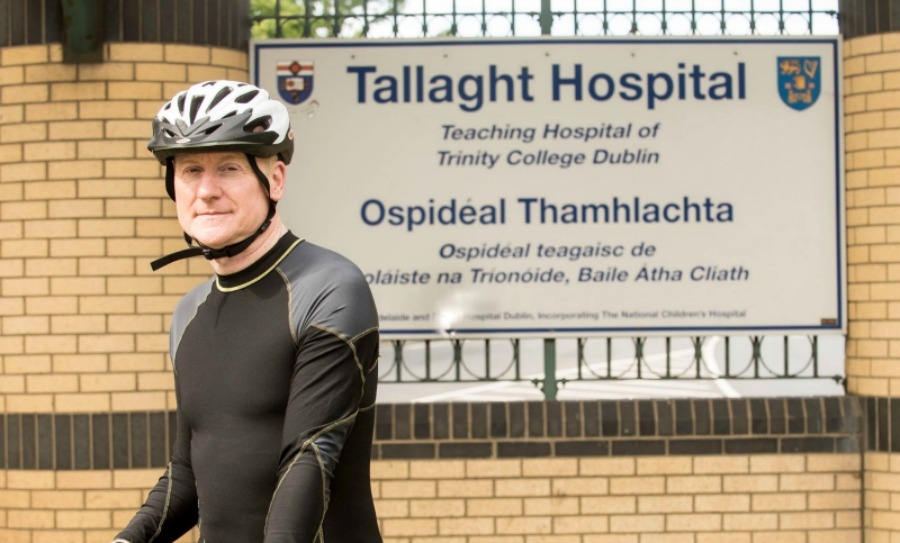 A team from Tallaght Hospital will cycle the length and breadth of Ireland to raise awareness about cholesterol and heart disease next month.

Dr Vincent Maher, a consultant cardiologist at Tallaght Hospital, and his colleagues will embark on a 10 day journey from Donegal to Dalkey from June 30th to July 9th.

Cholesterol is a type of fat found in your blood that produces hormones. However, too much cholesterol results in your arteries becoming blocked with plaque which can lead to a heart attack as the heart muscle becomes damaged.

According to Tallaght Hospital, approximately 80 per cent of people are unaware of their cholesterol problems and many are only diagnosed after they suffer a heart attack or stroke.

Dr Maher explained the silent threat that cholesterol poses to the general population, saying: “Irish society is facing an enormous challenge to raise awareness of cholesterol and the health threats it presents for many people. Put quite simply, many people who are at risk are unaware of their situation.”

Cholesterol-related health problems remain an under-researched area in Ireland. In England, one in 12 people have markedly high cholesterol levels.

There is no national screening strategy or dedicated resources to treat cholesterol-related disorders in Irish healthcare, but Tallaght Hospital is hoping to change this.

They’re hoping to raise funds for the establishment of an Advanced Lipid Management and Research Centre at Tallaght Hospital.

Dr Maher said: “On this cycle, we will be visiting all corners of Ireland to meet the general public and also to raise money for a dedicated research centre at Tallaght Hospital.

“It is hoped that we in Ireland can replicate the extensive national research studies that have been done in places such as England in order to better inform us about the health challenges we face.”

The inaugural cross-country cycle will begin at Malin Head, Co. Donegal at on June 30th and will continue through Enniskillen, Athlone and Mallow before reaching Mizen Head, Co. Cork at the end of day five, July 4th.

The second leg of the cycle will depart on July 7th from Dooagh on Achill Island, travelling to Claremorris, Castlerea, Mullingar and Kilcock, before finishing in Dalkey on July 9th.