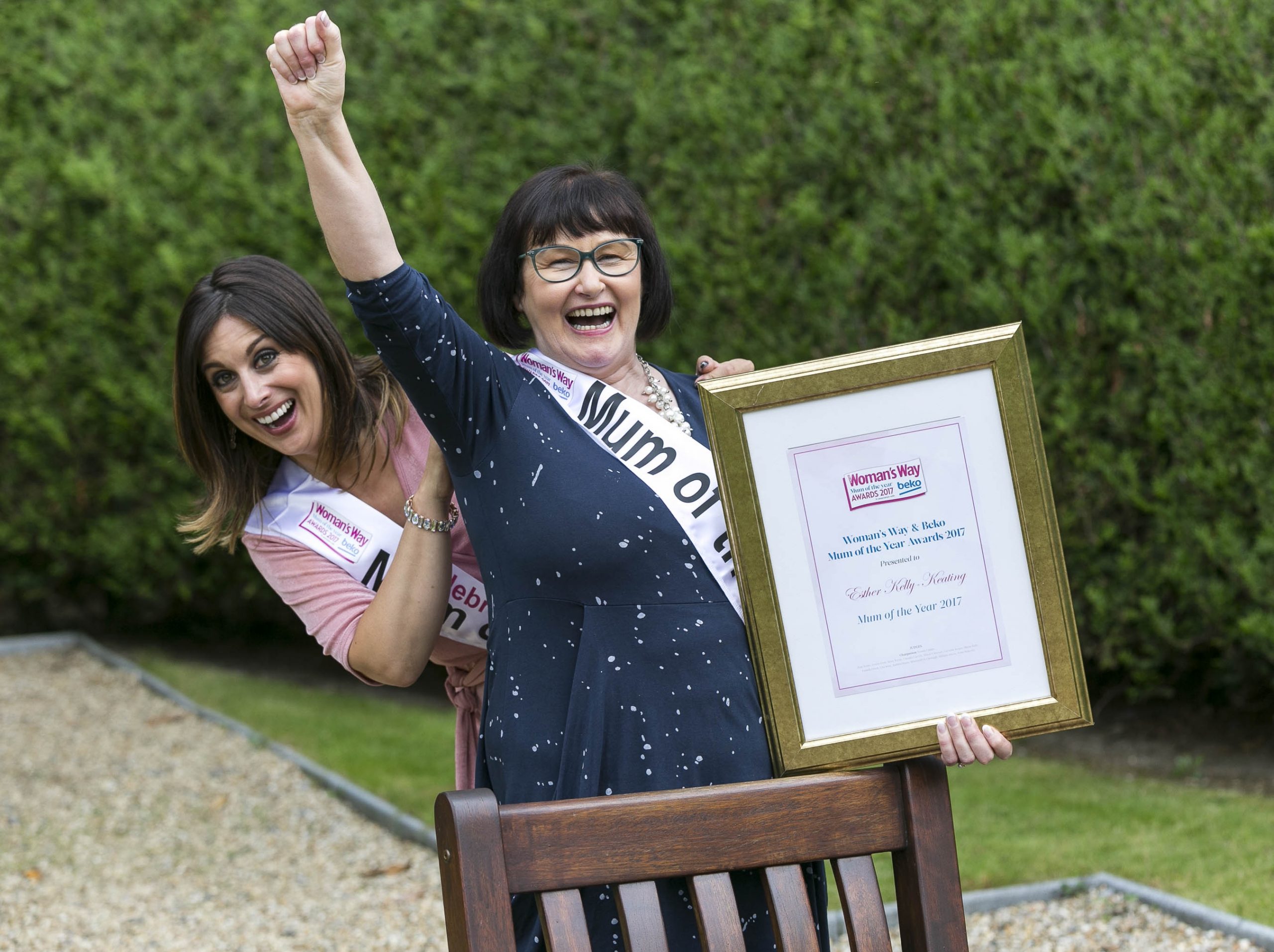 A Tallaght mother has been named Mum of Year.

Esther Kelly-Keating was ‘a little bit overwhelmed’ when she beat hundreds of other entrants after being nominated by her proud daughter Charlotte for the Woman's Way award.

After Esther’s marriage broke down, she faced losing her home and faced a hard battle to keep it. She successfully kept her home but has since moved to a new place.

Esther was noted for her passion, and her refusal to let her age limit her. The mum-of-four doesn’t shy away from challenges - she learned to drive, went clubbing and ticked things off her bucket list.

This included travelling to Borneo in 2016 to observe orangutans in their natural habitat.

It’s not hard to see where Esther gets her philosophy – she works as a director of a nursing home.

She trained in the UK and returned to Ireland to live with her then-husband, but went back to education 2008 and received a Higher Graduate Diploma in Gerontology from UCD. Gerontology is the study of the ageing process and problems associated with it.

Esther explained why she decided to return to college, telling Woman’s Way: “Once I knew that was the field I was going to specialise in I wanted to be best, I wanted to have so much knowledge so that I could deliver excellence in care and keep abreast of current and best practice.

“Midwives have the pleasure of bringing people into the world. We in gerontology have the great privilege of being with people in their last days, their last hours… It’s not necessarily sad because people are living their last breath. It’s wonderful to help people to have fulfilled lives.”

As well as the coveted Dublin Woman’s Way & Beko Mum of the Year crown, Esther won €3,000 worth of Beko home appliances and prizes in excess of €2,500. Each finalist walked away with a luxury goodie bag worth at least €500.

The 2017 Woman’s Way Celebrity Mum of the Year was announced as Lucy Kennedy.