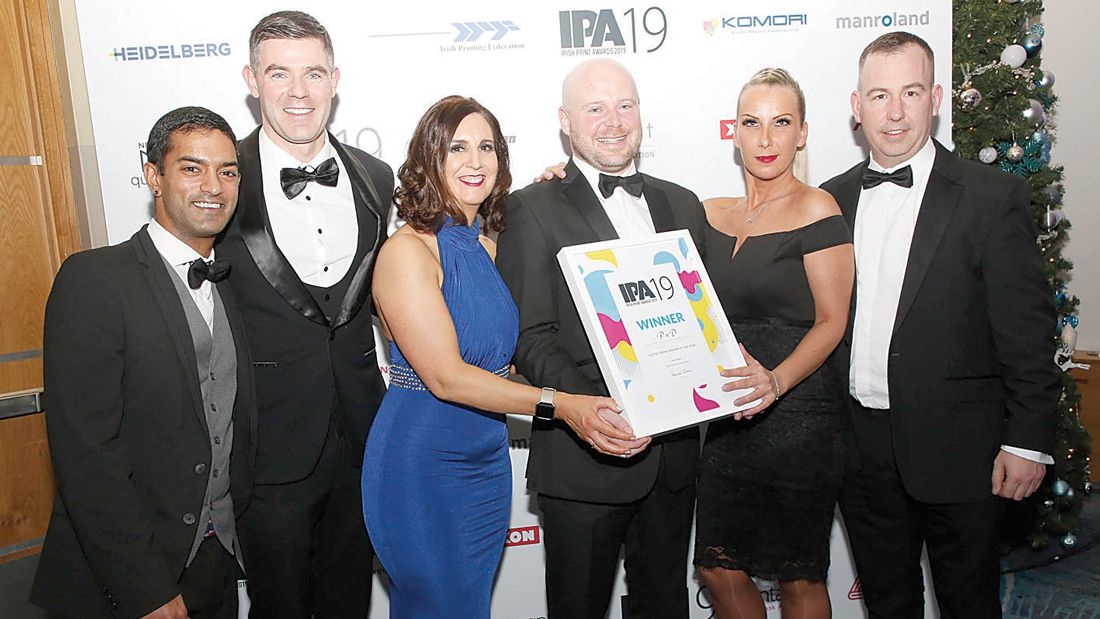 TALLAGHT Company P&D had plenty to smile about after they were named Large Format Digital Printer of the Year award at the Irish Print Awards 2019 which took place at the Crowne Plaza Hotel, Northwood on Friday, November 29.

Located in Cookstown Industrial Estate, P&D won the Large Format Digital Printer of the Year award for their involvement in ‘Seize The Denny’ Campaign in conjunction with Goosebump Design Agency for Kerry Foods.

Other winners on the night included another Tallaght printing company, Smurfit Kappa Display, who were awarded the Business Post sponsored, ‘Best Use of Print’ for their instructional print displayed on the ‘HeartSine vTrainer.’

The black-tie event saw hundreds of entries from small and large printing groups across Ireland. With over 400 people in attendance and a total of 25 categories, competition at this year’s event was tougher than ever.

Speaking about this year’s awards, Event Manager Niamh McDermott said: “The judges were blown away with the standards right across the board this year.

“Printers throughout Ireland continue to generate impactful, colourful images that help companies stand out from competitors.

These awards provide the Print Industry with an opportunity to showcase the level of skill and expertise and highlight the importance of the printing industry to Ireland as a whole.”

The Irish Print Awards are a highly regarded celebration of indigenous Irish print companies over the last 42 years, and aim to recognise the country’s most successful companies within the print and press sector.