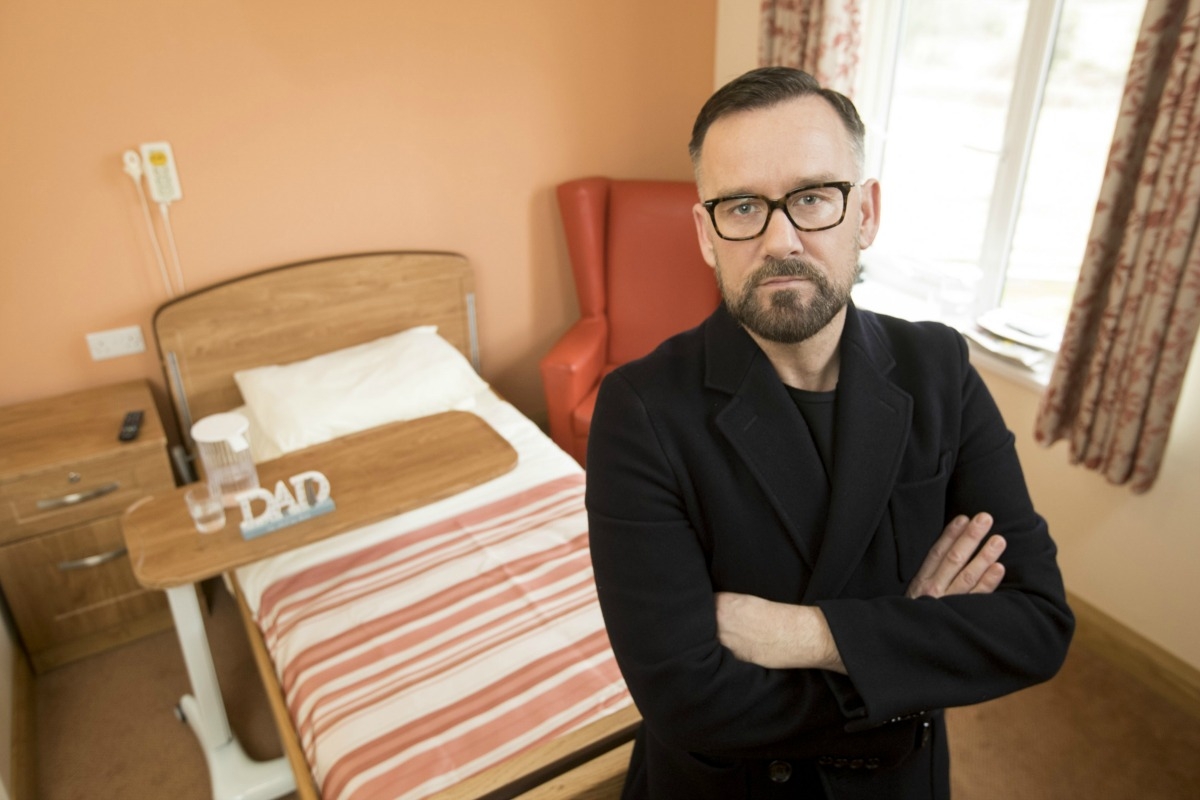 Tallaght’s Brendan Courtney has paid a heartfelt tribute to his late father Frank who sadly passed away yesterday morning at Our Lady’s Hospice in Harold’s Cross.

The fashion designer’s dad featured in a RTE show, ‘Need To Talk About Dad’ earlier this year which was narrated by his son.

It is with great sorrow that we announce the passing of our Dad Frank. He passed away peacefully this morning, details rip.ie pic.twitter.com/Hjzbonri92

Brendan’s father, who lived in Kingswood, suffered a stroke a number of years ago, and the family faced a difficult dilemma in deciding what the best way to care for him was – either at home or by placing him in long-term care.

The designer explored the options available to families in a similar situation, while he also looked at the ‘Fair Deal’ legislation which did not extend funds to home care.

Speaking last night online Brendan paid tribute to his father, saying: “It is with great sorrow that we announce the passing of our Dad Frank.

“He passed away peacefully this morning, after one years care at the Hospice in Harold’s cross.

“He was a fine, fine man and an exceptional father. We love you always Dad.”

The funeral of Frank Courtney will take place in St Kilian’s Church in Kingswood on Friday morning at 10am.