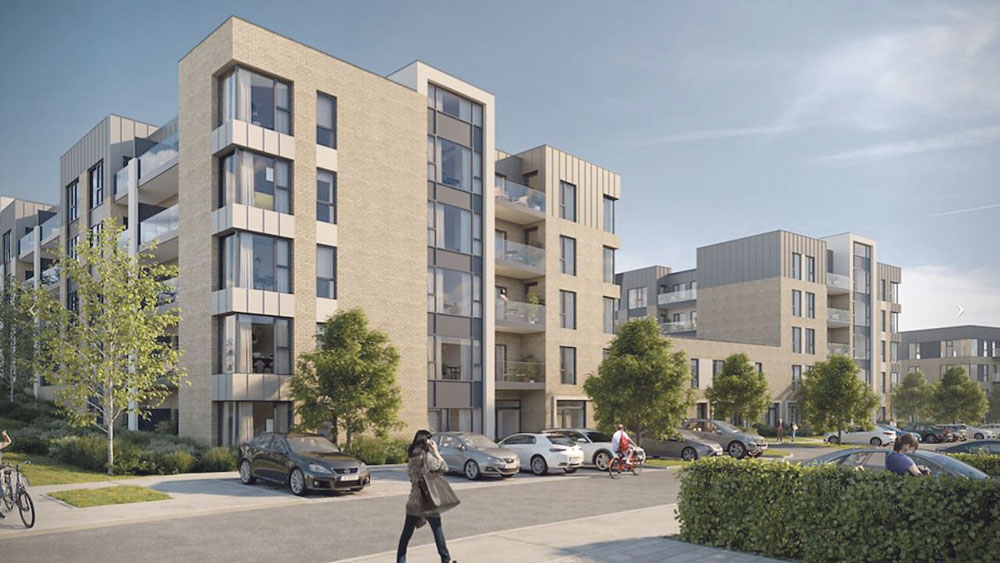 The development in Woodstown

TDs back residents over concerns for 329 residential development

TWO local TDs have backed residents’ concerns in relation to the proposed development of a 329-residential unit development at the foothills of the Dublin Mountains.

Due a decision by An Bord Pleanala in October, the strategic housing development (SHD) seeks to build 140 two storey houses and 189 apartments, across four,  two-to- five storey blocks, at Woodstown, Ballycullen.

Lodged by Ballycullen Limited Partnership, the SHD has received a number of submissions from residents’ groups, which have been backed by local TDs John Lahart (FF) and Franis Noel Duffy (GP).

In his submission to ABP, Deputy Duffy wrote: “I would like to note that I have lived at the south-west corner of the Stocking Wood estate, adjacent to the boundary of the SHD site since March 2007 (14 years).

“I was aware when purchasing our home that an estate would be built beside us, therefore do not have a problem, in principle to building homes on zoned land.

“However, I have a number of concerns I would like to inform ABP of, when they consider this SHD application, namely the contravention of the 2014 Ballycullen- Oldcourt Local Area Plan and the subsequent 2016-22 Development Plan.”

According to Deputy Duffy, the height and density of the development is a ‘specific issue’ as the two- to-five storey height range contravenes the LAP.

“However, according to figures given to me by the Department of Housing and Local Government (PQ reference: 39645/20) only 29 per cent of all planning applications granted permission have commenced or been completed since the scheme’s inception in June 2017.

“This signals the failure of the scheme to deliver on its intended purpose.”

In his submission, Deputy John Lahart said: “I wish to strongly support the observations lodged by and on behalf of Stocking Wood Resident’s Association and Abbott’s Grove Resident’s Association, Stocking Avenue, Dublin 16 and the master observation lodged on behalf of the wider community in respect of the above application lodged under the SHD process.”

The council also noted concerns in relation to usability of aspects of the open space, and the design and layout of the apartment blocks.

In the event that ABP grants planning permission, the council recommended a list of conditions. ABP is due to make its decision by October 11. For further details on the proposed SHD, visit www.ballycullenshd.ie

NEWER POSTSimon says: ‘I apologise for causing political embarrassment’
OLDER POSTMan (33) accused of reaching into his pocket and taking out a pair of scissors