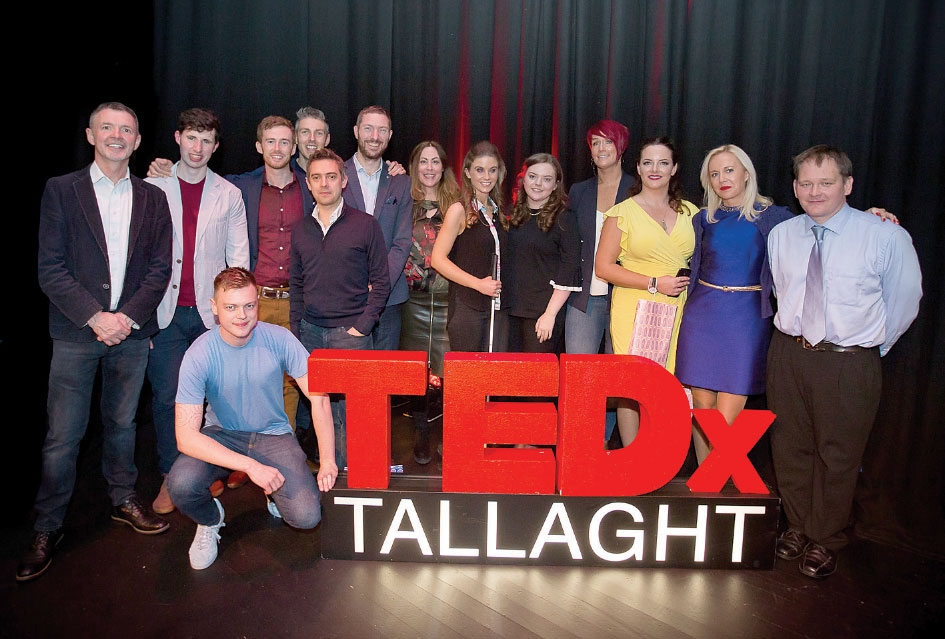 Titled ‘The Propagation of Ideas’, thirteen speakers from various backgrounds and disciplines told the stories of how they are working to make the ordinary extraordinary and to effect of positive change in the world.

Passion and enthusiasm were the watchwords for the evening and were perfectly embodied in the host for the evening: Bobbie Hickey. Bobbie is eighteen years old and was born blind but counts among her many achievements to date her RIB licence – meaning she may be Ireland’s first blind speed boat driver.

Speakers included Edel Browne who is developing a multi-award winning device designed to treat gait-freezing for people with Parkinson’s disease and Sean Lynch who has created a web-based game which enables anyone anywhere in the world to map and resolve litter issues.

Jennifer Muldowney aka The Glam Reaper spoke about the experience of grief is unique to each person and about her work around life, death and funeral planning.

John Beckett who came to media attention for designing Ryanair’s e-commerce site when he was a just a teenager and has just come through the experience of a kidney transplant spoke of how resilience must be fostered.

Emer Halpenny who shared her very personal experience of giving up a child for adoption spoke on the topic – the Power of Decision. Conor Heffernan spoke about the meanings we attach to physical fitness.

Gerard Ryder of IT, Tallaght spoke about educating Generation X while Niall Morahan spoke about fostering design-thinking and creativity in young people. Also engaged with young people is Michelle Stowe who uses restorative practice as a scaffold for engaging students. Fiona Brennan, Shane Breslin and Mark Kelly celebrated positivity as they explored the power of parenting yourself, the pursuit of happiness and the power of random acts of kindness.

Padraig Hyland, an audience engagement specialist, who has worked with TedxTallaght for many years as a speaker coach, took the stage for the first time this year with his recipe for telling a good story.

Trish Fitzgerald who has been the organising force behind TedXTallaght agreed that the TedxTallaght 2017 was the best yet and said ‘The granting of the Tedx licence to South Dublin Libraries for a seventh year represents a great achievement for the libraries service and underlines the libraries commitment to a shared mission with TED – ideas worth sharing.’

TED is a non-profit organisation devoted to spreading idea, usually in the form of short, powerful talks.

For more information on the evening and TED, go to www.TedxTallaght.com