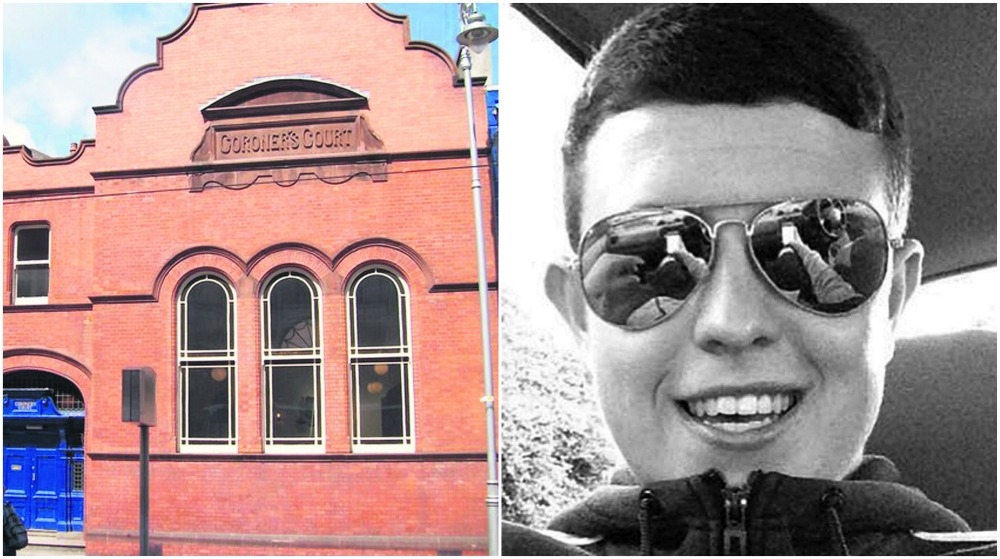 A TEENAGER died on Christmas morning after the scrambler bike he was riding was involved in a head-on collision.

Warren Kenny, of Croftwood Crescent, Ballyfermot, died on Christmas morning in 2015. His blue Kinroad scrambler ‘bounced off’ a more powerful Kawasaki dirt bike that was travelling at speeds up to 77kmph at the time.

There were an estimated forty vehicles active in the area of Cherry Orchard where the collision occurred early on Christmas morning, Dublin Coroner’s Court heard.

The youth’s father, Darren Mulhall, had given him €500 for Christmas.

“He bought the small blue bike a week before Christmas, I haven’t a clue where he got it. He was going to sell it the week after,” Mr Mulhall said.

On Christmas morning he answered a knock at his door at 7.55am. He was told his son had been in an accident.

“Warren was on the ground. I stayed with him until the ambulance came. I knew by him he was gone,” he said.

The other driver, Stephen Mooney, had turned the corner from Cherry Orchard Avenue at speed. His bike was raised up in a wheelie in the seconds before the crash.

He was travelling between 59kph and 77kph in a 50kph zone, according to Garda Patrick McIlroy. He’d bought his 250cc Kawasaki dirt bike for €1,100 two weeks previously.

“I saw a little blue bike coming from my left side. I didn’t see the driver, I didn’t see any lights. I got a fright. I woke up on the ground,” Mr Mooney said in his deposition, read out in his absence.

Garda McIlroy said neither off-road bike had lights or a horn. Road conditions were wet and visibility was poor, the court heard.

“They collided in the centre of the road just after the junction. The smaller bike bounced straight back off the (Kawasaki) bike, its momentum was instantly changed from one direction to another,” Garda McIlroy said.

The bigger bike slid 46 metres before coming to a stop. Public service vehicle inspector Garda David O’Brien said neither vehicle was designed for road use.

“These bikes are made for off-road conditions such as grass, fields and wooded areas. Their tyres are like studs on a football boot. They should not have been anywhere near a road surface,” Garda O’Brien said.

Warren Kenny was rushed to St James’s Hospital where he was pronounced dead. The cause of death was multiple injuries due to a road traffic collision. The jury returned a verdict of death by misadventure.