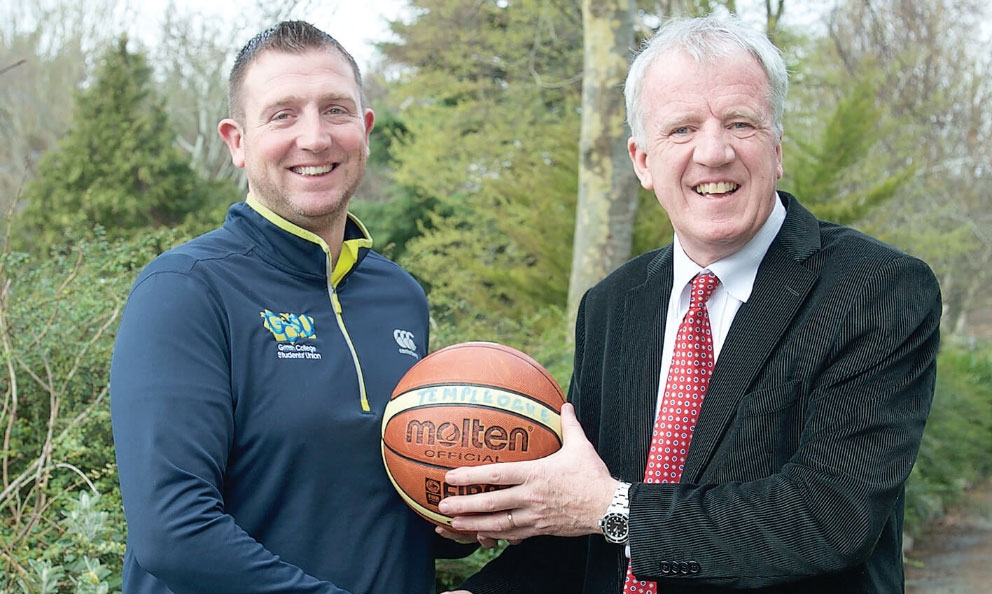 TEMPLEOGUE Basketball Club and Griffith College have embarked on an exciting new partnership that is sure to make both more powerful forces in the sport in Ireland.

The scholarships cover full college tuition and are open to players from all countries as well as Irish players entering third level education or looking to do a Masters Degree.

It marks another huge step forward for the club which has seen its men’s team win two National Cups and the Super League over the past three years.

Griffith were in partnership with Swords BC for the past five years, but this agreement was terminated upon the withdrawal of their Super League team in February after which the College approached TBC with a view to establishing a new partnership.

One of the immediate benefits of the venture for Griffith will see Templeogue Super League player and club coach Jason Killeen take charge of their squad for the upcoming Inter-vasitiies which they will be hosting in Abbotstown in April.

For Templeogue BC, it means they will be able to attract more high calibre players both for their Men’s Super League team and for their women’s team which will subsequently step up from the top ranks of the Dublin League to Division One National League as of from next September.

“We look forward to bringing quality basketball players into the Irish leagues from abroad and also providing some of our up and coming youth players with the oppor-tunity of getting a college scholarship” he added.

“It allows players to amalgamate education and sport with Griffith being the Number One Indepen-dent College and, I would like to think, Templeogue are the Number One basketball club.

“We have huge numbers in the club and we are responsible for them. It is a big step for the club, but it will allow our players to progress to National level.

“The men are already playing in the Super League, but from next September we’ll have a Women’s team in the National League Division One. Our women’s team have been doing well in Division One in Dublin and got to the Cup Final. They have some excellent players and it’s a great chance for them to progress” he added.

Also delighted with the new partnership, Paul Walsh, Head of Student Engagement in Griffith College told The Echo “For us, Templeogue are a powerhouse, not just in Men’s Super League basketball, but in general, with their academy and their female section, they have a great tradition.

“Our partnership with Swords Thunder was good because it helped us to get up and running, but Swords is far [from the college] and we didn’t have that affinity with the area.

“Templeogue is more in our catchment area and it was a better fit for us. There were a lot more synergies in this partnership.

“Right from the get-go, both sides were very positive about this and when you have two parties who want to make something work, you’re able to find ways around any problems” he added.