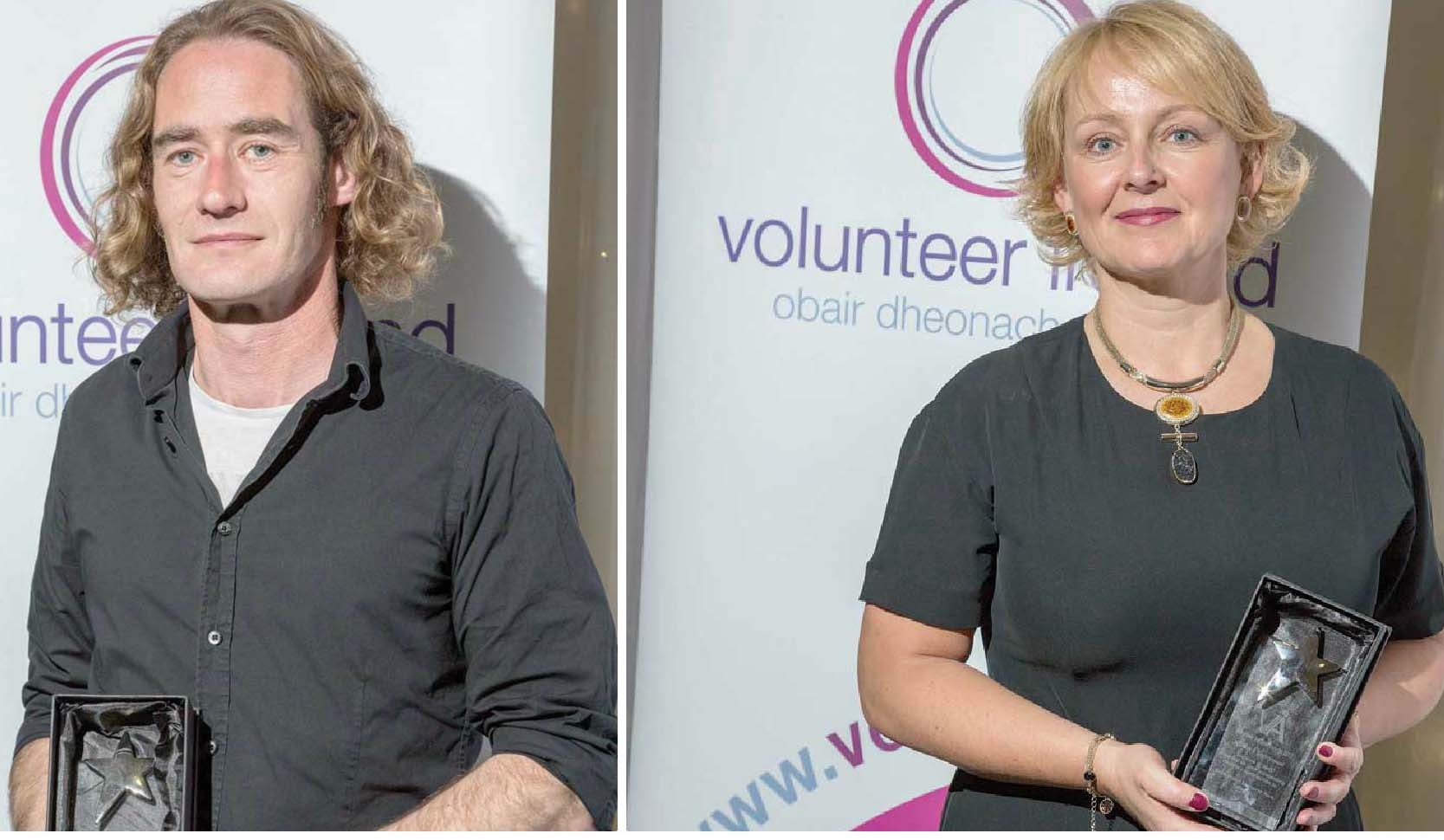 ‘The contribution that volunteers make to Irish society is immense’

From 27 exceptional volunteers, nine winners have been selected for this year’s Volunteer Ireland Awards, including James Dempsey and Suzanne O’Neill from South Dublin County. These national awards to celebrate Ireland’s unsung heroes were held at a special ceremony in Sligo, the 2017 European Volunteering Capital, on Friday.

The awards aim to celebrate the extraordinary dedication that nominees have shown to help others, often taking time away from family and friends to give back.

James started out in The Big Picture on a TUS scheme managing the door and building. He went above and beyond in this role, a trait he has carried with him while volunteering. He transitioned to volunteer in the Youth Café in January 2016. During the last 20 months, he has been one of the most consistent volunteers in the Youth Café.

The three hours a week he gives to the young people are for some of them, the highlight of the week. His bubbly and welcoming personality shines through and puts all young people at ease, whether established participants of the café or having just walked through the door.

Suzanne has been volunteering in the Community Garden in Sean Walsh Park for over seven years. A qualified horticulturist, she uses her expertise to give advice and guidance on maintaining the garden, which is a social outlet and safe space for those in unemployment. She has had a huge impact in an area that is high in deprivation and poverty, with rates of unemployment above the national levels. She works with a group of 20 people (continuously growing in numbers) in a non- threatening and safe environment. She has created a social outlet for people and friendships have grown as a result.

This year marked an extremely special year for the Volunteer Ireland Awards. Not only were they celebrating their tenth year, they also formed part of the prestigious closing ceremony of Sligo’s designation as European Volunteering Capital.

Commenting on the South Dublin Winners of the Volunteer Ireland Awards, South Dublin County Volunteer Centre Manager Tricia Nolan said “Volunteers are the backbone of communities across Ireland. James and Suzanne are fantastic examples of the strong culture of volunteering we have in South Dublin County. Volunteers are often unseen, but the contribution they make to Irish society is immense. These awards give us a chance to say thank you and celebrate the difference volunteers make every day.”