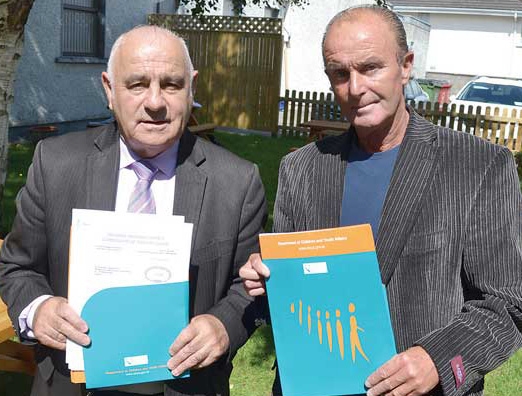 THE final report of the Mother and Baby Home inquiry has been delayed by a year, but adversely speeds up the need for immediate redress, according to survivors.

The Government agreed to a request from the Commission of Investigation into Mother and Baby Homes for an extension to complete fact-gathering – extending the timeline out to February 2019.

The Commission states there are significant gaps in the information available about the burials of babies who died in a number of the institutions under investigation.

Minister for Children Katherine Zappone said it is important “not underestimate the complexity of this task” or “compromise the process of establishing the truth.”

Clondalkin resident David Kinsella, who was born in St Patrick’s Mother and Baby home and never saw his birth mother again, said the need for immediate redress would provide survivors “something for the here and now.”

Mr Kinsella said: “While I understand what the Commission has to do, and don’t doubt the Minister will do well by survivors, I will be asking for immediate redress of €20k per survivor, similar to what has been granted to the SAVIA survivors in Northern Ireland. A lot of survivors are very ill, some may not see 2019.”

Paul Redmond from the Coalition of Mother and Baby Home Survivors says hundreds of elderly survivors have already died since the Tuam story broke in May 2014.

The group have demanded an “inquiry of modules” to examine the ageing profile of individual Mother and Baby homes.