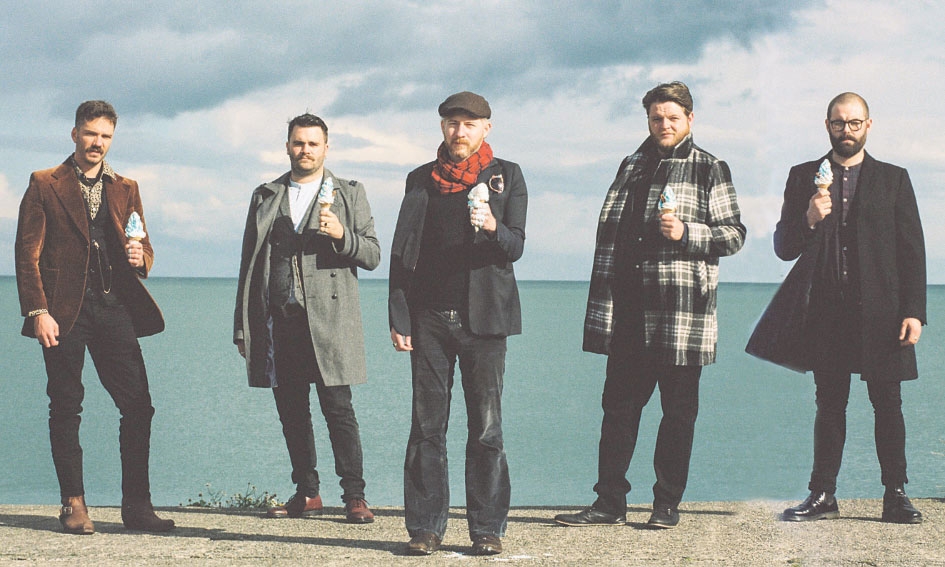 AN ALTERNATIVE five-piece band who describe their sound as ‘sea-soaked gypsy folk’ are preparing to release their new album ‘And Don’t Spare the Horses’ next month.

The Eskies, who count three Tallaght men among their number, played a sold out show in Bristol during their recent UK tour and their music has been playlisted on Mark Radcliffe’s BBC Radio 2 show.

Following their busy UK tour, they are now looking ahead to playing some Irish shows and releasing their debut album.

“Imagine an after-dinner crooner who’s had one too many drinks and suddenly lurches over the piano screaming and shouting about what he really thinks.

“Some people who have heard it already have said that it’s quite theatrical, which makes sense.

“We also have a tendency to stray towards darker subject matter, so expect plenty of crisis, drama, love, loss, betrayal and conflict – all the fun stuff!”

The band has already gained a strong following in Ireland and they are well-known performers on the live circuit, and their energetic and enthusiastic shows match the excitement in their music.

When asked what he hopes people will take away from listening to ‘And Don’t Spare the Horses’, Ian said: “I try not to have too much expectation because I know that everyone looks for different things from music.

“I just hope that people enjoy it, that’s all.”

The Eskies will be playing in the Button Factory on December 16, while ‘And Don’t Spare the Horses’ is out on December 1 with a pre-order available online at www.theeskies.com