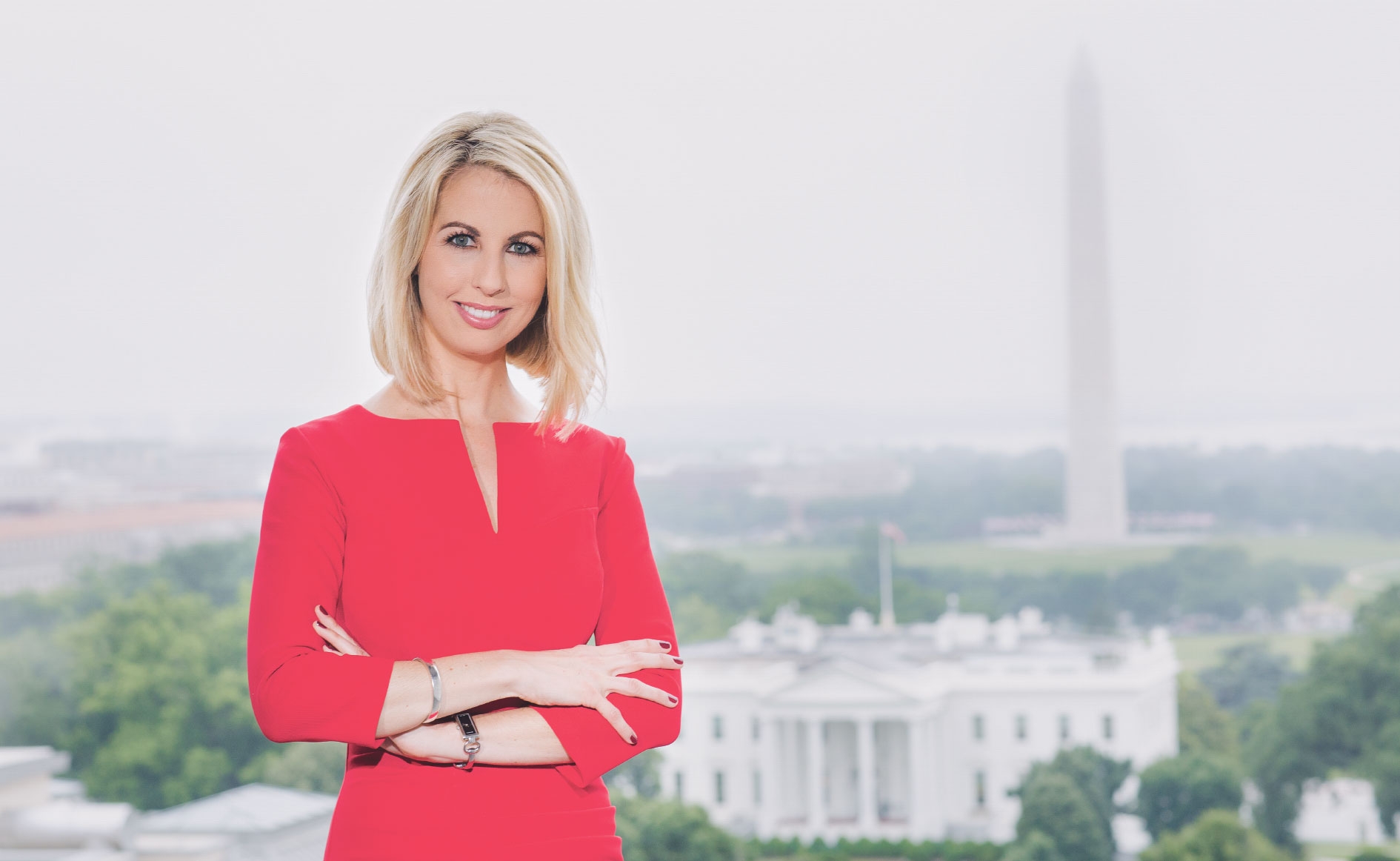 CAITRIONA Perry has spent the past four years at the coalface of American politics in her work as RTÉ’s Washington correspondent and is now preparing for a new challenge at the helm of RTE’s Six One News when she returns to Ireland in the new year.

The Knocklyon native has seen the ascension of Trump during her time in Washington and has detailed her experiences in her new book, In America: Tales from Trump Country.

The award-winning journalist spoke to The Echo about a bizarre interaction with President Trump that went viral, writing her book and what she hopes people will take away from reading it.

What is your best memory of growing up in Knocklyon?

I used to work part-time in Superquinn (back when it was Superquinn!) when I was in school in Sancta Maria College, so I have great memories of working there, making great friends and earning some much-needed pocket money to hit the shops.

Can you remember what the first time you went on-air as a television journalist felt like?

Actually, I can’t! I had been working in radio for several years before I began working in television, so being live on the radio and live on the TV don’t really differ that much. You can’t mess up, in either case, you have to be in control of your words at all times.

How do you feel about finishing up as Washington correspondent and being at the helm of the Six One News next year?

It’s very exciting, but I’m sad to be leaving Washington. I’ve had a ball there. The work has been fantastic and I’ve made amazing friends. However, taking over at the helm of the Six One with the great Keelin Shanley is a very exciting prospect and I’m looking forward to that new opportunity. It will be very different. Bryan Dobson and Sharon Ní Bheoláin have left us very big shoes to fill, but we’ll bring our own stamp to the show.

What are your thoughts on your interaction with President Trump when he called you over while he was speaking on the phone to the Taoiseach?

As I said at the time, it was bizarre. The dictionary definition of ‘bizarre’ is strange or unusual, and it was just that. But we know this President doesn’t necessarily keep with traditions or protocols, he’s thrown all of the rulebooks out of the window, and this was really another case of that.

What was it like balancing writing In America: Tales from Trump Country with your work as a correspondent?

I didn’t sleep a lot! It was very busy. The early days of the Trump Presidency were extremely full-on, so I used to come home and write a bit between finishing the 9pm TV news and waiting to do my live slot on Morning Ireland. Then I would really blitz it at the weekends, and maybe work for 12-14 hours. I wrote 74,000 words in about two and a half months, so it was very intense, but I got there, and I’m proud of the finished product. I hope people like it!

What prompted you to write the book?

I had always planned to write a book when I finished my four years as Washington Correspondent. I had not planned on writing one while still in the fourth year! But Gill Books approached me and thought the timing was right to explain the Trump phenomenon – to explain the people who had voted for him because they wanted change, were fed up with the establishment elite in Washington DC and saw Donald Trump as the person who they were prepared to take a chance on.

What do you hope people will take away from reading In America: Tales from Trump Country?

I hope they get a better understanding of what is going on in the US now. I think President Trump is so divisive that he whips up a lot of emotion, and there is a danger that the issues and the people that are impacted get forgotten about and get left behind in the rush to report on and read about whatever latest dramatic thing the President has done. And ultimately, I just hope that people enjoy reading it, because I enjoyed writing it.

In America: Tales from Trump Country, published by Gill Books, is out now.