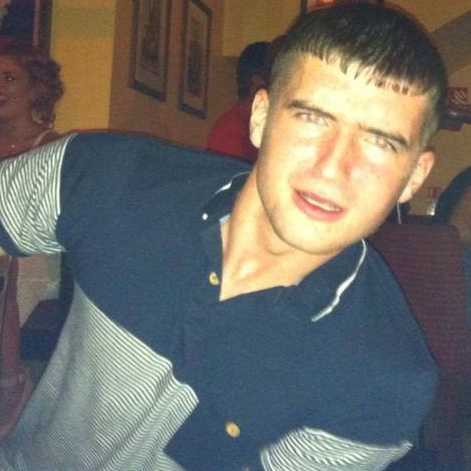 ‘The night Dean died haunts me’

NEXT MONTH will mark the fourth anniversary of Dean Johnson’s murder in Clondalkin.

The 21-year-old was killed in a case of mistaken identity in August 2013 while he was walking home from a night out.

While en route to his Clondalkin home, a vehicle pulled up and two gunmen approached the young victim.

He attempted to run but he was gunned down by the assailants, who later escaped in a car which was found burnt out at Collinstown Crescent with two firearms inside.

Sinn Féin councillor for Clondalkin, Mark Ward, who discovered Dean’s body, is issuing a fresh appeal for information on his murder.

Gardai have made several arrests since his death, but no one has been convicted.

Last year, Cllr Ward tabled a motion in South Dublin County Council for a memorial stone for Dean at Harelawn Green. The memorial stone was laid this week.

Dean’s brother, Andrew, says that the stone is a fitting memorial for his brother, but he would like to have more progress made in the case.

He said: “The investigation has gone very quiet. This August it will be four years since Dean was murdered. It has been hard. It has been very hard. We have had 13 arrests. At one point it was looking good. Now things have started to die down again.”

Cllr Ward was one of the first at the scene when Dean was murdered.

He told The Echo: “The night Dean died still haunts me. I was staying in my family home in Harelawn Green, in bed reading when I heard rapid gun fire.”

He added: “I looked out the bedroom window and I saw a body lying face down on the road outside my home. Immediately I called an ambulance and attended the scene along with neighbours and passersby. The sight was horrific, a young man face down, unmoving and covered in blood. I and other neighbours did our best to help Dean while we waited on emergency services.”

Cllr Ward said that he did not know Dean but knew his family well.

Last year, Cllr Ward tabled a motion in South Dublin County Council for a memorial stone for Dean at Harelawn Green. The memorial stone was laid this week.

Cllr Ward said he is calling for anyone who knows anything related to the case to come forward so the family can have some justice.

He added: “Remember Dean could have been your son, brother, friend on a night out only to have his life pulled out from under him.”