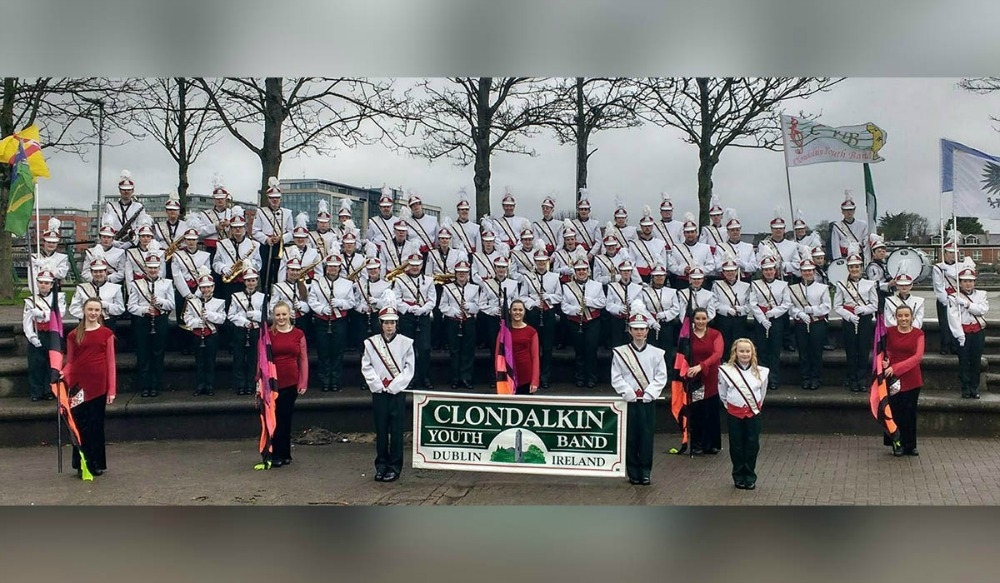 Clondalkin Youth Band set to smash the ‘Olympics of Music’

A local brass band will be representing Ireland on the world stage this weekend.

The Clondalkin Youth Band is the sole band representing Ireland at the ‘Olympics of music’, which takes place over four weekends in Kerkrade, Holland.

The band, featuring musicians as young as eight, spent over two years perfecting their production, The Book.

According to the CYB visual and guard director, Tara O’Flaherty, The Book is a musical and visual interpretation of the famed Book of Kells and the struggle of the Columban monks who sought to protect it from Viking raids.

Composing and choreographing the routine for the band was no cake walk. CYB is a 56-member strong band, with performers' ages ranging from as young as eight to those in their mid-30s.

O’Flaherty said: “The score was composed by a man named Boojan Hoover from the US. We sent him a storyboard with the mood and feeling he wanted to convey, and he would send over a draft then we would make more changes. This went on for months, then we sent it to Joe Asleason, an American writer who wrote the drill portion of the show.”

O’Flaherty and her fellow directors Vincent Dolan and Neal Christopher spent every Saturday night for two years parsing through and perfecting the choreography, music and visuals.

The performers’ Celtic-inspired costumes were second-hand but had to be redesigned to fit with the sound, which O’Flaherty described as ‘traditional, but not too traditional’.

The band rehearsed for hours a day and will be rehearsing up until Saturday morning before their evening performance at the 30,000 seater Limburg Stadium.

O’Flaherty said simply: “It was a huge undertaking.”

The World Music contest will host 260 participating bands with 20,000 performers. Over 30 different countries, spread over five continents, will be represented.

There are entries from countries like the United States, Canada, Colombia, China, New Zealand, Singapore and Ireland.

This the band’s fifth appearance at the World Music Contest, and they have previously nabbed silver and bronze medals in the showband category. Let’s hope this year their effort pays off and they win the gold.

You can see the Clondalkin Youth Band this Saturday at 10:15pm Irish time via a live stream link which their FB page will share.