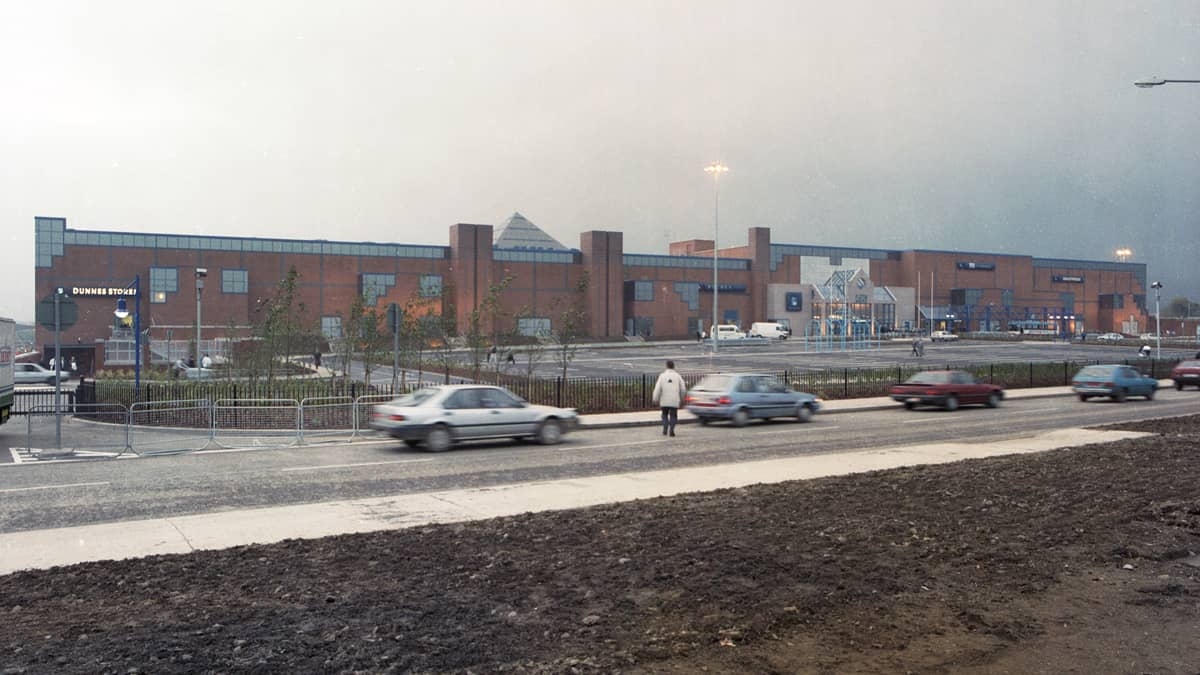 The Square celebrates 30 years in Tallaght

DO YOU remember where you were the day The Square opened on October 23, 1990?

Many living in Tallaght at the time were among the 45,000 people who turned up to watch  former Taoiseach Charles Haughey cut the ribbon on what was to become a catalyst for change in Dublin 24.

A photo of The Square before it opened in 1990

Alongside providing hundreds of local jobs as Ireland began to recover from a recession, The Square was the initial building block of a new town centre for Tallaght.

The Square also provided a much-needed focal point for Tallaght’s growing number of estates, connecting people and communities from right across the area under one common, glass pyramid, roof.

It quickly became Tallaght’s ‘Clery’s Clock’, and a familiar place within the community where locals could work, socialise, shop and access services.

It was all there in The Square.

Speaking about The Square’s official opening 30 years ago, Commercial Manager Fiona Power said: “When The Square opened in 1990, it’s hard to describe how much it meant to the people of Tallaght…investment, jobs, accessibility, shopping, entertainment.

The late Gay Byrne at the official opening

“It was hugely welcomed, and instantly became a central part of the community.”

Fast forward 30 years and The Square remains firm footed as it stands at the centre of immense growth.

The Plaza Hotel, The Civic Theatre, Rua Red, County Hall, Tallaght University Hospital, TU Dublin Tallaght Campus and a host of diverse businesess, services and supports are dotted around its perimeter, alongside a busy road and bus network and the Red Line Luas.

Dustin the Turkey made a surprise visit to the Square Towncentre Tallaght to mark The Square’s 30th birthday. He is pictured getting his face mask put on by security officer Jade Corrigan

The Square has had its challenges, and has felt the impact of new shopping centres developed along the M50 corridor.

However, the community’s sense of ownership of The Square still remains, with the centre continuing to connect, support and innovate as it celebrates 30 years.

Spread over 577,500sqft of retail and leisure space, The Square, which has an annual footfall of 15m, is currently home to 160 retail units including 29 food outlets.

The Square has seen major development over the years, including the addition of the South mall extension, new family facilities, a car park expansion and substantial internal and external enhancement projects.

Plans are also in the pipeline for a multi-million euro extension to the Northern and Southern parts of the centre.

“Through all of the expansion, it is really heart-warming to see the special place The Square continues to be for all members of community”, Ms Power said.

“Generations have grown up with The Square, memories are made here, and it is great to families, new and old, with us year after year.”

Due to the current restrictions, in-centre birthday activities have been postponed.

However, turn to page 36 to read a celebratory feature on The Square or visit The Square’s Facebook page for plenty of images and reminising from the past 30 years.