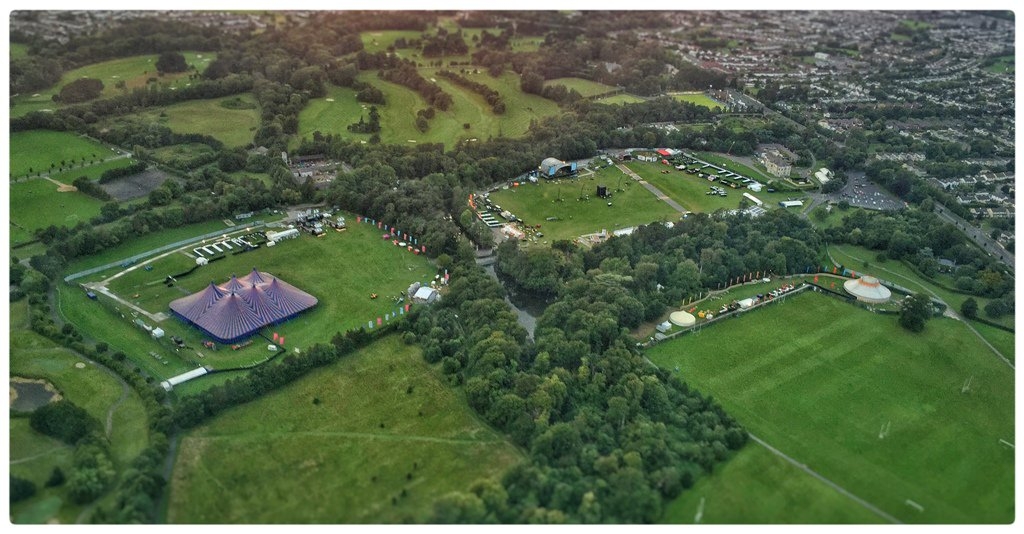 The stage is set for Longitude 2017

A stunning aerial view of Marlay Park in Rathfarnham shows the finishing touches of Longitude Festival, which takes place this weekend.

The festival will run across four stages and marquees with the main stage, the Heineken stage, a stage run by Whelan’s pub and the Redbull stage.

The Rathfarnham music festival kicks off tomorrow (Friday) with UK grime artist Stormzy (not Romelu Lukaku) as the headline act.

The stunning Dua Lipa - responsible for earworm ‘Be the One’ - will play the mainstage at 5pm. Kildare band Picture This will also play, taking to the main stage at 7:45.

Friday will be a hip-hop lover’s dream, with several US rappers playing the Heineken stage throughout the day such as Loyle Carner, Young Thug and Gucci Mane.

Emerging Irish talent, Wild Youth will play the Whelan’s stage at 3pm. Irish house music act Boots and Kats will be keeping it lit at the Redbull stage at 6pm..

Irish indie duo All Tvvins play the Heineken stage on Saturday, starting their set at 8pm. Festival favourites Catfish & the Bottlemen will close the night at the Heineken Stage.

Sunday will be more suited to rock and alternative music-heads. Following their sold out show in the Olympia last year, psychedelic rock band Glass Animals will play the mainstage.

Meanwhile, British singer and Drake collaborator, Jorja Smith will play the Heineken stage early in the day – her breakout song ‘Blue Lights’ is worth seeing the live performance.

British singer and multi-instrumentalist Jack Garratt promises an incredible and varied show on the Heineken stage at 9pm. Mumford and Sons return to Dublin, which is set the be the weekend highlight.

The UK band proved that open-air shows are their strong point after their stomping 2014 solo show in the Phoenix Park.