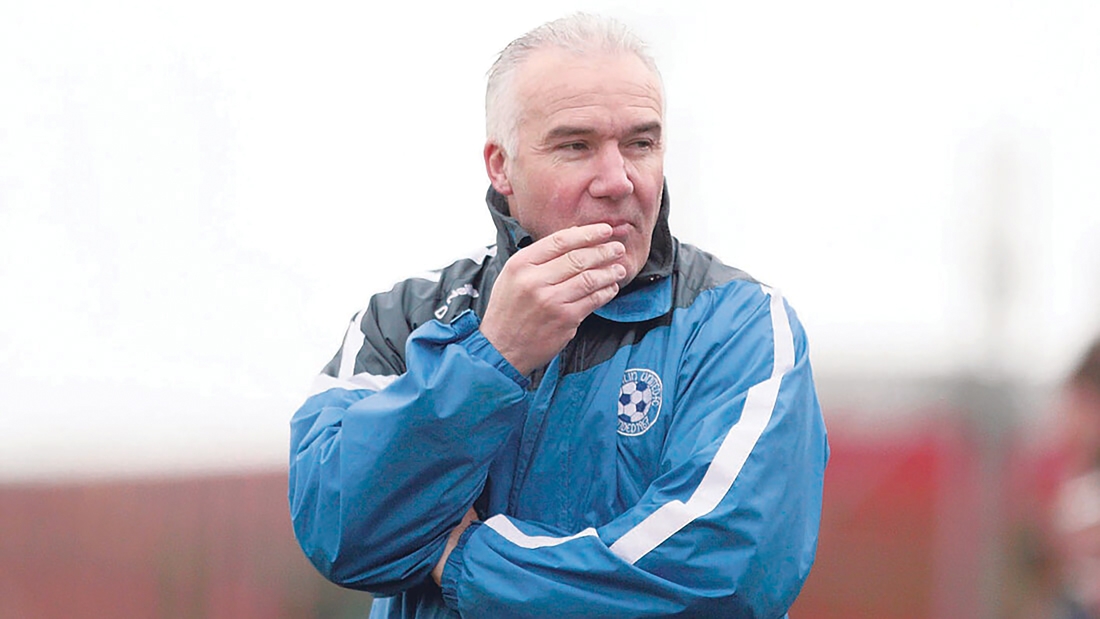 CRUMLIN United manager Martin Loughran has said the uncertainty regarding when there will be a resumption of intermediate, junior and schoolboy soccer is making it all the more difficult to keep players focused and motivated.

Loughran, who led Crumlin to a Leinster Senior League and Metropolitan Cup double last season, insists that some word from the FAI regarding even potential scenarios for a return would help clubs greatly.

Martin Loughran insists clubs need something to aim for

The FAI has already made known its intent to see both the Airtiricity League and Women’s National League back up and running by late June, and Loughran believes some similar indication needs to be given to the vast amount of clubs in the lower echelons across the country, even if it is further into the year.

“It would be great if they could put something out, even if it was to say we’ll work towards September.

“It might not happen, there are no guarantees, but it would help give the players something to aim for.

“It would be good to know if they plan to scrap the season or pick up where they left off, but just get something out there. They did that for the Airtricity League and the Women’s National League, saying they aim to start back in June, but there’s been nothing for other leagues and clubs except that FAI press release about suspension of all football activity until May 5 and far more players compete in those leagues.

“The uncertainty is really the biggest problem for clubs right now. We just haven’t heard anything yet” he said.

While sitting seventh in the Senior Division table at the time when the season was called to a halt because of the Coronavirus pandemic, Crumlin still have several games in hand over many of the teams above.

They were also still in involved in the FAI and Lein-ster Senior Cups while the defence of their Metro Cup had reached the last eight.

While disappointed with how the year is shaping up for sport in general, Loughran has stressed there are matters of more concern at the moment, saying “Sport does matter, but there are more important things right now.

Clubs do understand the seriousness of the situation we’re in, but we’ve also got to remember that there is a mental health issue to all of this as well, with kids, teenagers and adults stuck indoors for such a long time” he stressed.