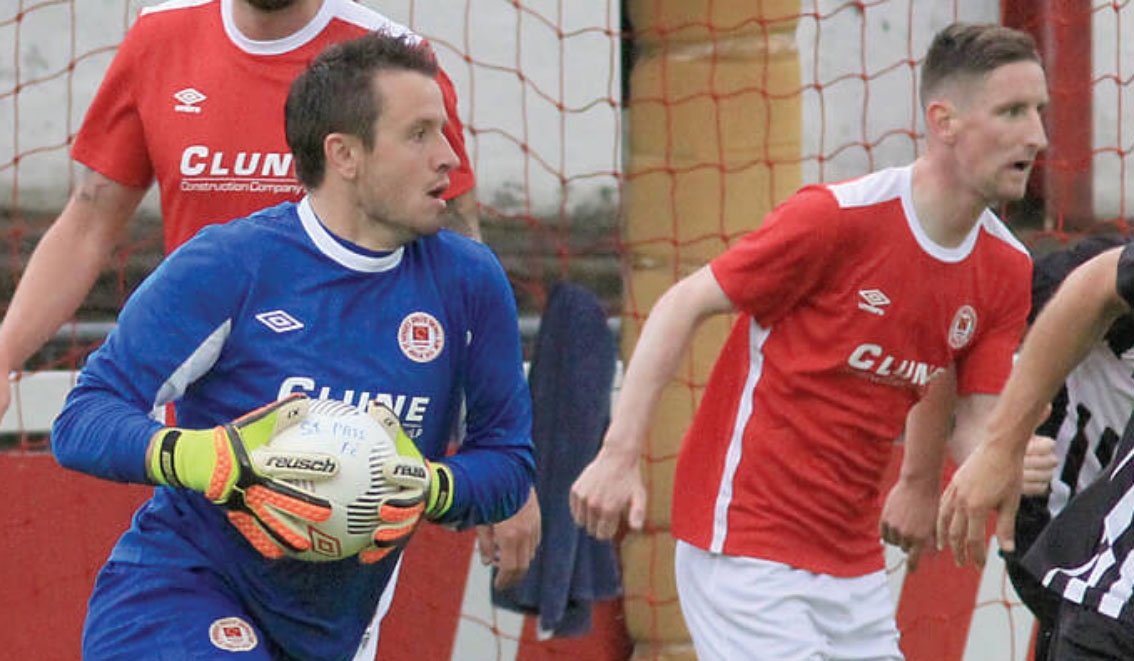 ‘There’ll be no room for sentiment’- Clarke

“THERE’LL be no room for sentiment,” insisted St Patrick’s Athletic goalkeeper Brendan Clarke as the Inchicore side prepare to face former manager Liam Buckley when they take on Sligo Rovers at the Showgrounds tonight (Friday).

The Saints will be feeling good after their hard-fought 1-0 victory over Cork City in Richmond Park last week but will now be up against a Sligo outfit that held defending champions Dundalk to a 1-1 in their season opener.

“Anytime you go to Sligo, it’s going to be a tough match, I know that from playing there,” warned Clarke.

“They’ve had a great start themselves. I mean, not many teams go to Oriel Park and pick up anything so that draw will be a great boost for them.”

The Pat’s shot-stopper does not believe the team will be fazed by going up against Buckley, who parted company with the Dubliners at the end of last season.

“We’re all professional footballers employed by St Pat’s to go out there and win,” said Clarke.

“In the lead-up to the match we’ll be focused on executing our game plan. The main objective is to get those three points and, afterwards, I’m sure there’ll be time for pleasantries,” he added.

Clarke played a key role in the Saints great start to the season, with a couple of top-drawer saves that helped them keep a clean sheet while Michael Drennan delivered from the penalty spot at the other end after Conor Clifford had been upended in the box.

“We didn’t play as much football as we would have liked, but what impressed me was our work ethic and game management,” continued Clarke.

“We knew when to kill the game whereas in the past we would have been going for that second goal. Players are still getting to know the habits of each other on the pitch and I’m sure the football will come”

“We performed well as a defensive unit. I only had a couple of things to do and thankfully we kept them out.

“It was great that we were able to back up the media hype ahead of the match with the new players that we brought in,” he added.

With the return of Chris Forrester, and the notable capture of players such as Clifford and Brandon Miele, expectations amongst the Super Saints supporters that they could challenge the Cork City-Dundalk duopoly are not to be sniffed at.