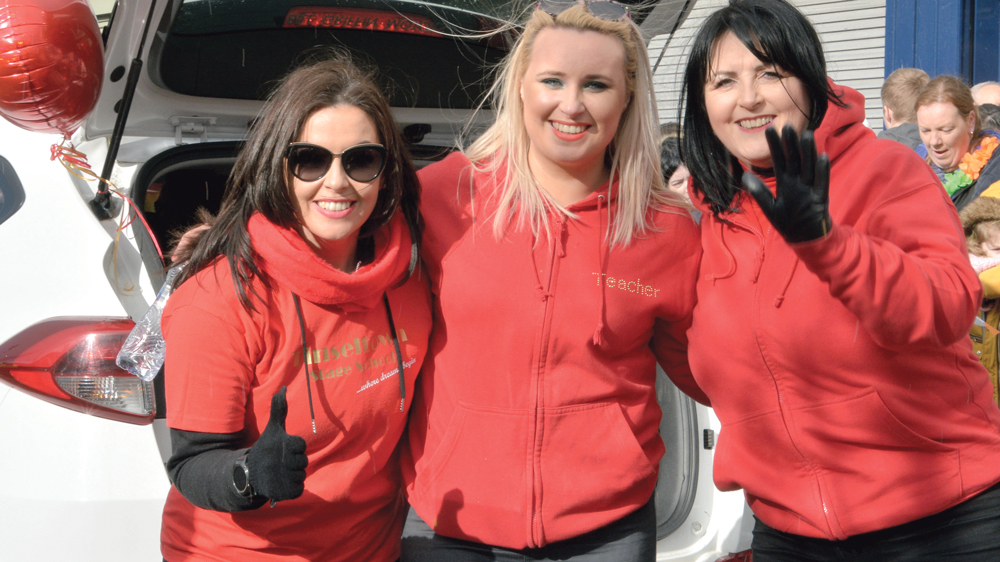 Children from a local stage school wowed the audience at their first performance in over 18 months just before Christmas, and they’re now looking forward to appearing on The Civic Theatre stage this spring.

Young performers from the Tinseltown Stage School, which is currently based in Coláiste Bríde in Clondalkin, sang Christmas carols at the annual Ciarán Carr Christmas Busk in Clondalkin Village last month.

The children learned the lyrics with a week’s notice, and were excited to be back performing for a crowd, according to the founder of Tinseltown, Mary-Kate Murphy.

Mary-Kate, who grew up in St John’s Park, told The Echo: “The busk was one of their first in-person performances in almost two years.

“They really pulled it out of the bag. I was in front of them when they were performing and they knocked it out of the park, I felt like a proud mammy when I was watching them!

“Seeing how confident and happy they were was a reflection of the work that they’d put into the performance.

“The parents said that the children being able to perform again made their kids’ Christmas.”

Now the children are looking forward to holding their annual performance in The Civic Theatre in Tallaght next May, which will also be a surreal but exciting experience for Mary-Kate.

The Clondalkin woman set up Tinseltown in 2015, as she was struggling to find work after qualifying as a secondary school teacher but had a passion for singing and dancing.

“I was a Billie Barry kid when I was growing up and I wanted a similar thing with Tinseltown,” Mary-Kate explained.

“It’s something I’ve always wanted to do. Now, I’m a secondary school teacher by day, but when I qualified, I didn’t have a job and thought, ‘What can I do? I can sing and dance’, so I set up the stage school.

“Eight kids showed up on the first day, and now we have 60 kids between three- and 12-years-old.

“The kids are fantastic, especially through the pandemic. We’d a steady cohort of students who kept attending through Zoom, which we were thrilled with.”

Mary-Kate said that the greatest satisfaction, for her, comes from seeing children who were initially reluctant to get on stage going on to successfully perform, and seeing the confidence this brings.

“There are kids that can struggle to get on stage, but they come off after a performance and they’re happy and more confident,” she added.