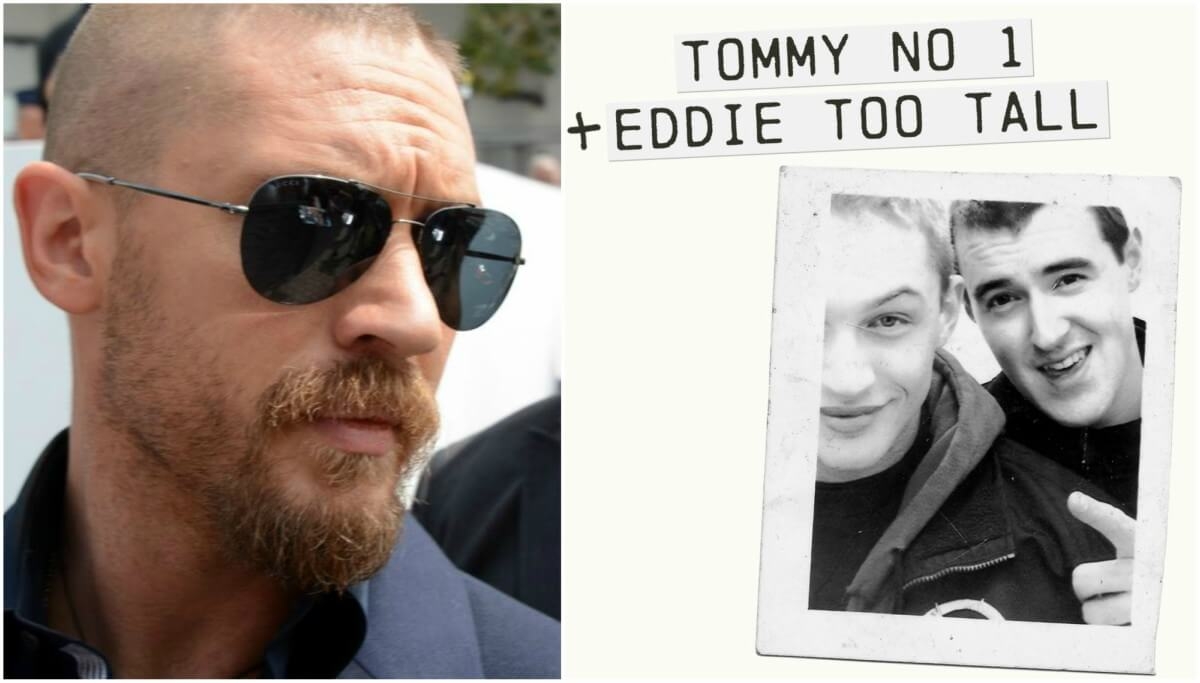 Tom Hardy is known for being one of the biggest stars in the UK, but a recent discovery of nearly 20-year-old mixtape gives us a little insight into what could have been his glittering rap career.

However, it seems like Tom Hardy (40) was a bit of a hard man before he found fame and had a little-known rap career before hitting the silver screen.

Earlier this month, Tom Hardy’s rap mixtape was unearthed, Falling on your A*** in 1999, when Hardy was known as Tommy No 1.

An 18-track mixtape was uploaded to music distribution website Bandcamp on January 8 by Eddie Tracy, aka Eddie Too Tall, Hardy’s musical collaborator who wrote and produced the music.

Relying heavily on sampling, the rap mixtape is a real 90s gem. With lyrics such as “I like to go out all the night/For a drink, I like to fight”, we get a real insight into Hardy’s life at the turn of the millennium.

Back in 2011, Tom spoke out about his musical background, telling BBC Newsbeat: “I started out rapping when I was 14 or 15. Because I come from a nice middle-class neighbourhood it was a very hard sell. And I wasn’t very good!”

Apparently, Tom made some solid musical connection along the way. He said: “I used to be with the guy who managed Leela James and Lauren Hill, Pras, the Fugees and all that.”

“I’ve recorded loads of stuff but it’s never been released.”

You can listen to Falling on your A***  from Tom Hardy’s rap mixtape, dating back all the way to 1999 here.