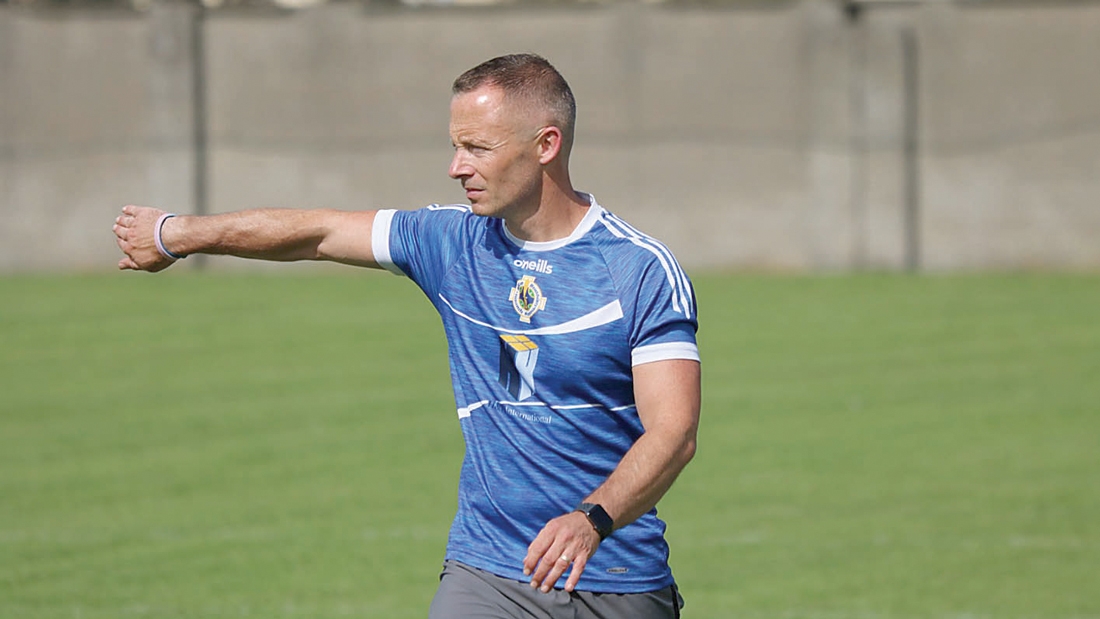 BALLYBODEN St Enda’s Senior Hurling Manager Joe Fortune believes his side should have no problem getting up for Sunday’s clash with Kilmacud Crokes in Parnell Park despite the extended break caused by Covid-19,.

In what is a repeat of the 2018 Dublin Senior ‘A’ Hurling Championship Final and replay, St Enda’s will go to battle with Crokes in the first Group Two match of the season.

Speaking to The Echo ahead of the game, Fortune was eager to see his side back in action.

“You’re playing Sunday at three o’clock in Parnell Park against Kilmacud Crokes, is there a better and bigger challenge than that?” he said

“It’s amazing to think that seven or eight weeks ago we thought that there would be no hurling in 2020 and now we’ve plenty of hurling ahead of us.

“A lot of teams won’t really know where they’re at until they get on the pitch because you have to remember, we’ve only had two-weeks contact time – which isn’t a lot.”

Typically, clubs have the beginnings of a league campaign to shake off any off-season rust and allow teams to work out any kinks as they ramp up preparations for the championship – which is viewed as more prestigious.

But this year, it is a baptism of fire for teams as they are thrown straight into a championship with only a few weeks of contact training behind them and no competitive games in the run-up.

With the Boden and Crokes game going to be one of the first GAA matches to be televised since the onset of the pandemic, Fortune believes his side should have no problem getting up for the match.

“The last competitive game we played in 2020 was against [Kilmacud] Crokes in Pairc Uí Mhurchú, I think we beat them by about three or four points in the end,” Fortune says.

Played in March, an Eoghan O’Neill goal in the opening half made the difference with James Roche, Conal Keaney, Shane Durkin and Conor Dooley finding their range in a 1-14 to 0-14 victory.

He continues: “Both teams are aspiring to be up around the business end of the championship, challenging for titles.

“And what better way to start than with a mouth-watering clash between these two teams.

“It’s the second televised club match and people all over the country will be tuning in.

“Don’t get me wrong these lads are used to playing in the spotlight, maybe being on the television, but there is an appetite all over the country to watch some hurling.”

Without a league behind them, picking a starting 15 for the opening round of the championship has never been competitive with players of experience and youth looking to impress behind closed doors.

“It’s funny because from a managerial point of view, we’ve only had two-and-a-half weeks to get ready which isn’t ideal, but we’re still trying to look at who is in form.

“You can’t really look at their form from February/March, so you’re trying to pick who’s performing the best inhouse.

“All the lads are confident, they’ve had their plans that they’ve been working on at home during the past few months, we’ve got back to contact training in the past few weeks.

“16th of September is county finals so we’ve a good few weeks of championship hurling ahead of us and if you can’t get ready for that then there’s something not right.

“All of this hard work over the past few months and weeks comes down to just 60-minutes of hurling on Sunday and I just can’t wait for it.”

Coverage for Ballyboden St Enda’s versus Kilmacud Crokes in Parnell Park in the Senior ‘A’ Hurling Championship starts at 2.30pm on TG4 on Sunday.

The two clubs will also go face-off in opening round of the Senior ‘B’ Hurling Championship, with Silver Park the backdrop on Saturday.