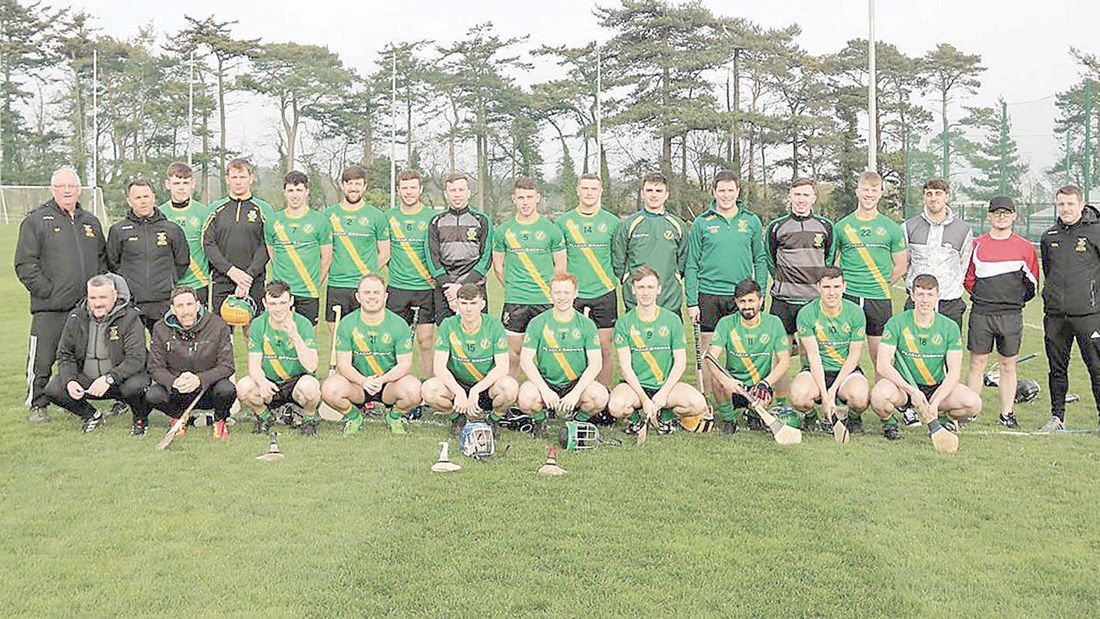 FOR THE first time in the club’s history, Thomas Davis will contest a Senior ‘A’ Hurling Championship match when they travel to Bray to challenge defending champions, Cuala, on Saturday.

The Kiltipper side secured promotion to the top tier of championship hurling in the county when they made the Senior ‘B’ Final in 2019.

Thomas Davis will be in championship action this weekend

Under coach Johnny McGlynn, the club have enjoyed a rapid rise through the ranks obtaining multiple championship wins en route from Intermediate to the Senior ‘A’ Championship.

McGlynn was brought in to help guide the club to the top in five years, and under him they did so in just four.

Drawn to compete in Group Four alongside Na Fianna and Setanta, Davis’s will start their new chapter against the tournament favourites, Cuala.

Thomas Davis Senior Hurling coach Johnny McGlynn spoke to The Echo about how despite months of inactivity, his side have no choice but to shake off any rust and hit the ground running.

“Listen I’m expecting a good performance. Cuala are two-time All-Ireland champions so they’re no pushovers but we’re used to being in tough competitive action over the last four years,” McGlynn explains.

“The lads have won it all on the way up to this point, so I’m expecting the lads to put in a good shift and performance out there in Shankill on Saturday.

“When the white heat of championship hurling comes over them on Saturday, I expect them to be at their best out there and prove that they’re able to mix it at the top with the best competition.”

The GAA’s Covid-19 Advisory Committee set out a timeline for a return to games, with full contact training and challenge games permitted from June 29.

The Kiltipper club took full advantage of the return to get the panel equipped for their breach into the top ranks of the Senior Hurling Championship.

Ahead of their first ever match in Senior ‘A’ Hurling Championship, Davis’s played two challenge games against Round Towers and Naomh Fionnbarra to help sharpen their tools.

The Little Village have been busy blooding through a host of new players too and boast some serious talent who have played with Dublin at underage and now senior intercounty level.

“We have a good panel there now with a good mix of experience and youth coming through,” McGlynn says.

“Adam Waddick is there now, who was the Dublin Minor captain.

“He had his first training session up with us the other night.

“Davy Keogh is on the [Dublin] Senior panel, the likes of Stephen O’Toole, Jamie and Liam McDonnell have come up straight from Minor.

“James Byrne is another one who’s come in from Minor, he’s pushing for a starting position.

“We’ve been able to have full 12-13-a-side games in training with everyone going at it and no one’s position is safe, everyone is pushing for a place in that starting 15.”

Thomas Davis challenge Cuala at 6.30pm on Saturday evening in the first round of the Senior ‘A’ Hurling Championship in Bray Emmetts.

Senior ‘A’ will also see two South Dublin clashes as Lucan Sarsfields and Ballinteer St John’s go to battle in Group One and Faughs and St Jude’s collide in a Templeogue derby in Group Three.

Meanwhile in Senior ‘B’, Crumlin take on Castleknock and Round Towers travel to Naomh Barrog in Group Two.