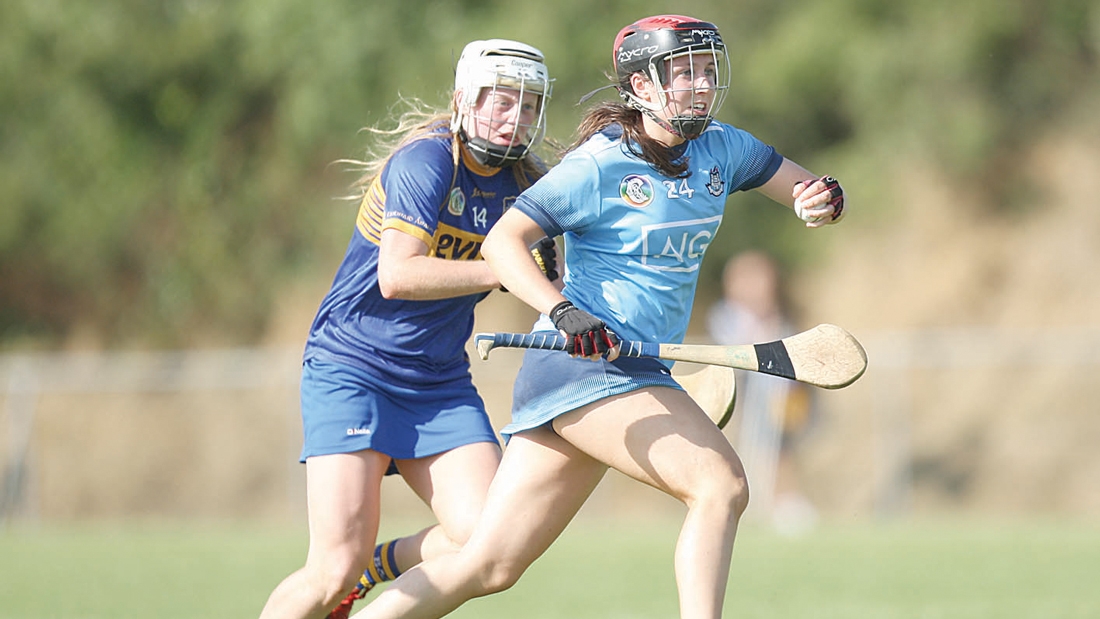 O’Donoghue and Boden are working hard ahead of the championship

Following a prolonged spell of remote work-outs in the midst of the Coronavirus outbreak, the ‘Boden squad finally reunited at the end of June for a non-contact session.

They have since returned to a full training programme in advance of this year’s Dublin Senior Camogie Championship.

“We have our Covid co-ordinator, so we all had to check-in before coming training. Hand sanitisers before you even get onto the pitch.

They had cones lined up along the sideline, a metre or two metres apart, for everyone to put their gear at,” explains O’Donoghue, who works as a nurse at Our Lady’s Children’s Hospital in Crumlin.

“When you haven’t seen people in months, all you want to do is to have the chat and give hugs. You do have to be mindful of people and keep the social distancing.

You never know what people are going through at home. It was very unusual, but you can always have the chats from two metres. It was great to be back, even though we were distancing from each other.”

O’Donoghue enjoyed a whirlwind introduction to adult camogie back in 2012, winning a senior championship medal with Ballyboden as a 16 year old. She added further county titles in 2013 and 2014 – the latter being the southsiders’ fifth consecutive final success at the grade.

Since then, a number of club stalwarts have stepped away and this has opened the door for the likes of St Vincent’s, Na Fianna and St Jude’s to prosper.

Nonetheless, with a talented crop of underage players breaking through the ranks, O’Donoghue and ‘Boden have their sights set on a return to former glory.

“I was very lucky, coming onto the senior team where you’re part of a winning team for the first three years.

Then you’ve got a lot of retirements and you’re trying to maintain the standards. It’s quite hard, but we’ve had a lot of young players come up the last couple of years.

“We got close last year. We were disappointed to lose to Jude’s in the semi-final. Even though we’ve only had a couple of weeks training, everyone has a plan of where we want to be. We want to be in a championship final.

Hopefully meet St Vincent’s again and give it our all.”

At both club and inter-county level, O’Donoghue stands out as one of the most versatile players in camogie.

She has filled a number of different positions for Dublin since joining the senior panel under Shane O’Brien in 2014 and the same is true when she dons the blue and white stripes of Ballyboden.

More recently in the county code, she has featured in the half-forward line under the joint management of John Treacy and Willie Braine.

Having chipped in with points during their National League defeats to Galway and Tipperary in the springtime, she is aiming to nail down a starting spot when the All-Ireland championship gets underway in October.

“The first year I played midfield and had a fabulous year there. Then with David [Herity] I was corner-back. It was a great struggle at the beginning, but I got the hang of it. It’s just a mindset, trying to change it,” O’Donoghue says.

“The year after that I was thrown into maybe half-back and midfield. Then this year I’m fighting for a forward position. Hopefully I will see myself back on the starting 15.

Again, it’s trying to train your brain into a new position. I enjoy the challenge.”