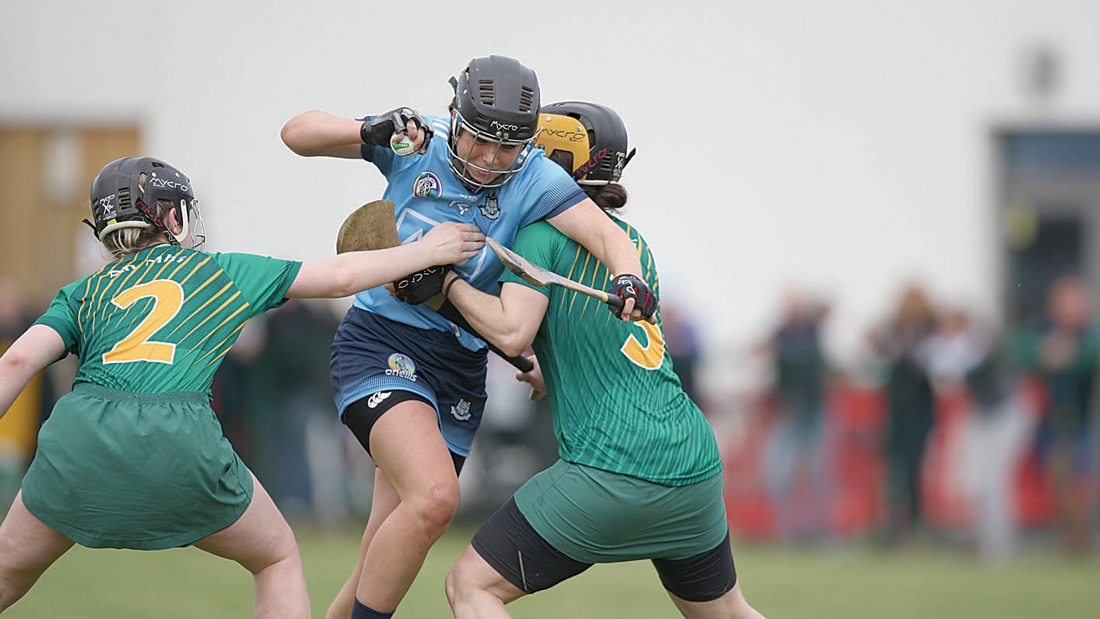 Kerrie Finnegan and Faughs Celtic will take their first tentative steps back into the limelight when they face St Oliver Plunkett’s/Eoghan Ruadh in a challenge game this Sunday, reports Daire Walsh.

Following a lengthy gap in the fixture calendar during the outbreak of the Coronavirus disease, the Dublin camogie star admits the southsiders will be taking a journey into the unknown.

“That will be our first match back. It will be interesting to see how it goes. They’d be a strong Division Two team. Hopefully it will give us a bit of confidence and see how we’ve managed to keep going,” Finnegan acknowledged.

“It has been different bringing contact into training the last week or so. I feel like people are still getting used to it. Hopefully we’ll get a win from that and push on.”

In recent years, Finnegan has become accustomed to success at club level. She earned minor championship honours with Faughs in 2017 and played a starring role 12 months later as the Tymon Park outfit secured the Senior Two title at the expense of Kilmacud Crokes.

This year is the 20th anniversary of the club’s formation – a merger between Faughs and 1964 All-Ireland senior champions Celtic. While they are still getting used to life in the top-tier, Finnegan is adamant the best is yet to come from a youthful side.

“It was a huge step up to Division One. I feel like we held our own and managed to stay up at Division One for this year again.

“It’s just we’re super young at the moment. The oldest would be in their early 20s. I think we need a few more years to find ourselves built up more to teams like St Vincent’s. I definitely think we can.”

Now in her second year on the panel, Finnegan featured prominently for the Dublin seniors during their recent National League campaign.

Three consecutive defeats had left them facing the prospect of a relegation play-off, until a decision was ultimately made to declare the competition null and void for 2020.

As part of a young squad that are still trying to find their feet under the joint management of John Treacy and Willie Braine, Finnegan is relieved that Dublin’s top-flight status is assured for another year.

“We had only a couple of matches under our belt together, so I feel like we hadn’t really gelled as a team. I think we started off really well against the reigning All-Ireland champions, Galway.

I feel like that was our best performance, it was a narrow loss. Then playing two other experienced counties [Tipperary and Limerick], we didn’t really get the performances that we wanted.

“I feel like there have been pros and cons to lockdown. It did put a stop to everything we were building up, but it has also given us a really good chance to get to know players.

Obviously we don’t have to worry about a relegation match now. We got lucky. It’s definitely a help.”

Taking the lead from the GAA and the LGFA, the Camogie Association have opted to delay the return of inter-county action until October. Although conditions may not be ideal in the winter months,

Finnegan doesn’t envisage this being a hindrance to the game’s elite players.

“I feel like everyone will just be happy to get a chance to play. They won’t be complaining about conditions. It’s lovely playing in summer, but definitely October should be okay.

We’re used to playing in winter with college and the league was in cold conditions as well. We’ll be happy out. Once we get back playing,” Finnegan added.