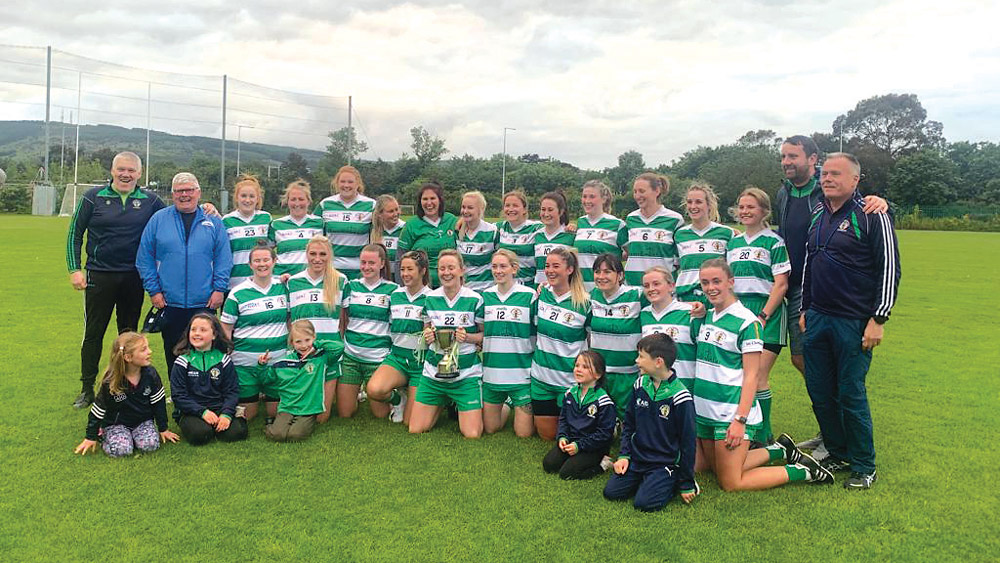 ROUND Tower Adult Ladies Football team completed their march to the Division Nine title following a comprehensive 7-11 to 1-4 victory over Naomh Olaf at Pairc Ui Bhriain on Monday.

In what was their final match of the campaign, the Clondalkin side required a win in order to move out of reach of closest rivals, Thomas Davis, who had suffered just one loss in the league this season – that coming against Towers in their very first game.

Just as she has proven all season, Emily Burke emerged Tower’s scorer-in-chief on Monday with fellow forwards, Julia O’Flaherty and Ciara Burtonshaw also weighing in heavily.

The team also benefitted hugely from the presence of midfielder, Emma O’Malley who has been called up to the Dublin Development panel.

With this, their second successive league title, now in the bag following an unbeaten campaign, Towers will be turning their attention to the start of their bid for the championship crown.

A Fingallians team they narrowly beat in divisional action earlier this season, will provide their opening hurdle on June 22 as the Clondalkin women look to go one step better on last season’s campaign that saw them lose out to Lucan Sarsfields in the decider.